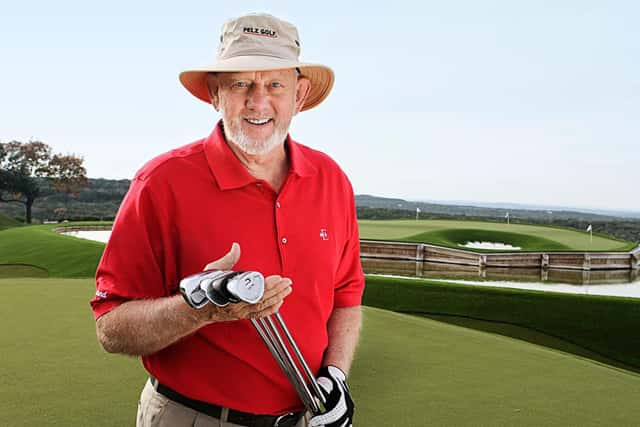 Short Game Handicap: Here’s The Test To Determine Yours

Posted By: Tom Edringtonon: November 05, 2020In: The Lesson TeeNo Comments

This may be the most beneficial “lesson” you’ll ever see anywhere.

Why?  Because it’s all about learning how good or not-so-good your short game is.

Today we’re opening the pages of the Dave Pelz Short Game Bible for you and first thing you need to do is take a skills test to determine your current, “Short Game Handicap.”

I’d never heard of that until I read the book.  It’s an eye-opener.

So let’s get to that test you’ll take.  You’ll need to find a nice short-game area, and that in and of itself can be a challenge, but somewhere, there’s one near you.

You will use 10 balls/shots for each test, here’s the scoring:

Here are the eight tests you will take:

So basically you’re going to hit, in total, 80 short shots in attempt to score as many points as possible.  Here’s a guide to determine skill level (and short game handicap) related to your score:

Less than 30 points:  You really, really need to work on your short game.  Note, you can find this chart on page 325 of the Dave Pelz Short Game Bible.

Keep in mind, this is your “Short Game Handicap.”

In his book, Dave Pelz strongly suggests that you go through this test with a friend and fellow golfer.  Why?  You’re gonna be shocked at how high your Short Game Handicap turns out.

At the end of the day, you can do yourself a favor and get a copy of the Dave Pelz Short Game Bible.  In it you’ll find Dave’s big thing is called “The Golden Eight.”  He tabs it The Golden Eight because that is the difference between two feet and 10 feet.  Tour players start missing putts at three feet and from 10 feet, tour average is about 30%.  So the goal in the short game is to conquer that “Golden Eight” and get good enough to get a bunch of your short shots to that magic “two-foot” range.

The book is a great read, great instruction and Dave prefaces it by saying:  “Everything I tell you in this book I can prove.”  And he does, with data he collected on Tour, in person over a number of years.

By the way, Dave Pelz was once a rocket scientist.

His data is that good.

Learn from it, get better from it.  And don’t be shocked when you take that test for the first time.