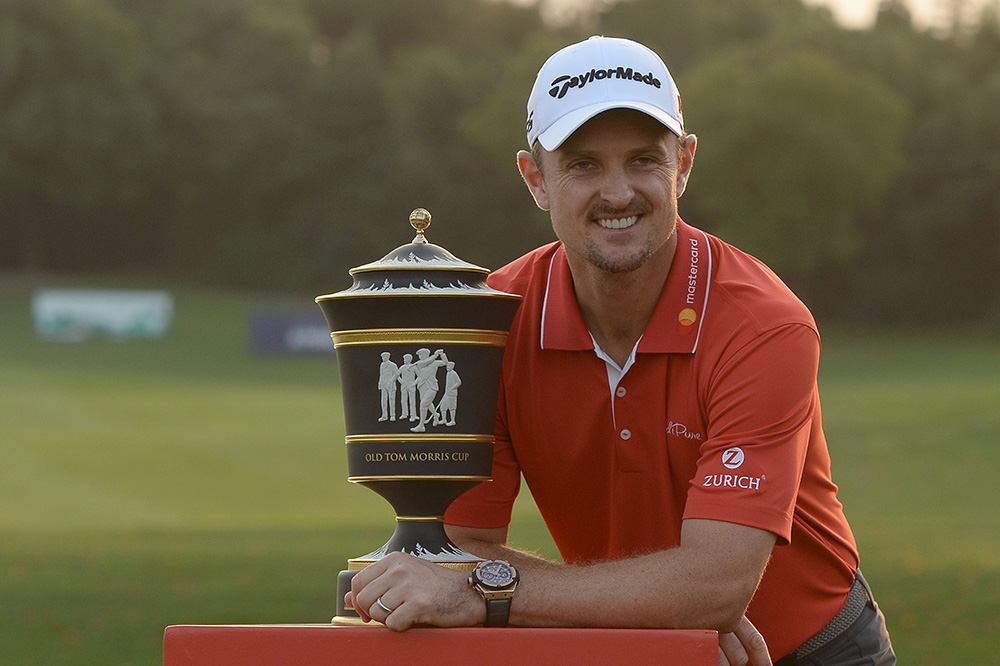 Justin Rose made up eight shots on Dustin Johnson to win the HSBC Champions.

Dustin Johnson hasn’t had a fall like this since last April when he tumbled down some stairs prior to The Masters.

It looked for all  intents and purposes like a walk in the park for the world’s No. 1 over in China, but somewhere on his way to what was supposed to be a win at the HSBC, D.J. got  Shanghaied.

It was an historical collapse for the world’s No. 1, who sure didn’t look much like No. 1 over the final 18 holes at Sheshan International.  He started the day six ahead of Brooks Koepka,, seven in front of Henrik Stenson and eight shots clear of Justin Rose. No one had ever blown a six-shot leader through 54 holes at the WGC event.

Rose has no illusions about winning at the start of his round.

“The beginning of the day, I was playing for second,” Rose said without hesitation, knowing full well that D.J. looked totally in control after shooting rounds of 68-63-68 to start the final 18 at 17-under par.

“It’s the kind of day you certainly don’t expect,” Rose said after a final round 67 saw him clip the overnight leader by 10 shots.  “It’s the kind of a day you hope for — dream for — but a lot of things need to go your way in order for a day like today to happen, coming from eight shots behind, especially going against a player like DJ.”

Rose was by far the best player on a windy day and he earned a two-shot victory over Stenson, Koepka and Johnson.

For D.J., there weren’t many words.

“I just could never get anything going and didn’t hole any putts,” Johnson said. “It was pretty simple.”  So was the 77 he shot that featured water balls, missed putts and overall pathetic play.

This failure to launch by Johnson indicates that the new season could have instability at the top of the world rankings.

No. 1 is shaky, No. 2 Jordan Spieth is lovin’ his down-time, No. 3 Justin Thomas could be poised to make a run at the top.  Hideki Matsuyama has stumbled his way into the off-season, same for Jon Rahm and somewhere Rory McIlroy is trying to figure what went wrong in 2017.