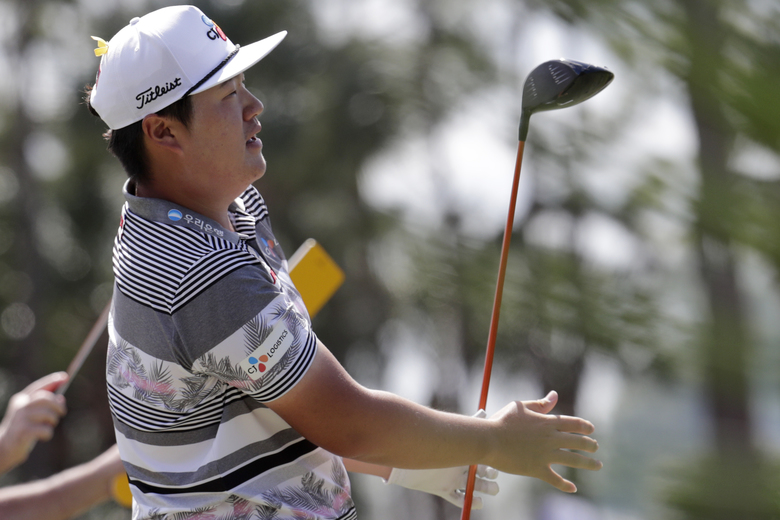 Sungjae Im got clutch birdies on two of the Bear Trap holes on Sunday.

Gary Woodland’s 13-under par total won him the U.S.  Open and Shane Lowry captured the Open Championship by shooting 16-under.

Your winning score Sunday at the Honda Classic was a whopping six-under par courtesy of Sungjae Im dancing his way through the notorious Bear Trap.

When you consider there was very little rough on The Champions course at PGA National,  this entire course was a Bear Trap all week, bringing just about everyone to their knees.

Jack Nicklaus sat in for a while with the talking heads at NBC and offered up his winning formula:

“If you’re smart and play within yourself and not make mistakes, let everyone else fall by the wayside…….”

That was the strategy that won Nicklaus 18 majors and the guy who came closest to that model on a difficult Sunday afternoon was the 21-year-old South Korean who hadn’t won a tournament on the PGA Tour prior to Sunday afternoon.

Tommy Fleetwood started the final 18 holes with a one-sh0t lead over Brendan Steele.  The pressure was on Fleetwood as he’s basically the best player in the world who hasn’t been able to win on the PGA Tour, the only player ranked in the world’s top 20 who hasn’t.

The 12th ranked Fleetwood got off to a hot, birdie-birdie start.  But that’s as good as it got all day for the shaggy-haired Brit.  Bogeys at six and eight got him back where he started and opened the door for a half-dozen players.

Ben An made the biggest early charge.  He birdied the first four holes to get to four-under but things tightened for him and there would be no birdies the rest of the day.

Mackenzie Hughes, who had fallen off the tour landscape the past two years, had a huge chance going to the last.  With Fleetwood over par for the day through 16, Huges drained a monster 53-footer for birdie at 17 to get to five-under but then watched playing partner Im drop his own from inside eight feet to get to six.  Im manhandled the Bear Trap with birdies at that 17th after getting one at 15.

Hughes hit a perfect drive at 18, Im found himself too far left and was forced to lay-up.  It was then that Hughes showed the form that missed all those cuts.  He duck-hooked his second into the stands and basically made birdie too much to ask for.  Im hit one of his worst shots of the day.  He chunked a wedge into the front bunker and eventually made par to post six-under.

Behind them, Fleetwood gave himself hope with a 17-footer for birdie to get within a shot.  All he needed was birdie at 18 and that look totally possible after he ripped a perfect drive.  Fleetwood watched Steele hit an awful cut into the water then in a total shocking move, followed him into the drink.

In the locker-room, Im got a big hug from his caddie.  The win, Im’s first win in 50 starts, was in the books.

“I’ve been in this spot many times,” Im said after signing for a nifty closing 66.  He was Rookie Of The Year honors last season even though he failed to win in 2019.  “I felt like that experience helped, especially down the last few holes.  I wanted to get a little more aggressive down the stretch.”

That strategy paid off in a big way.

He was smart, he stayed within himself and everyone else did, indeed, fall by the wayside.