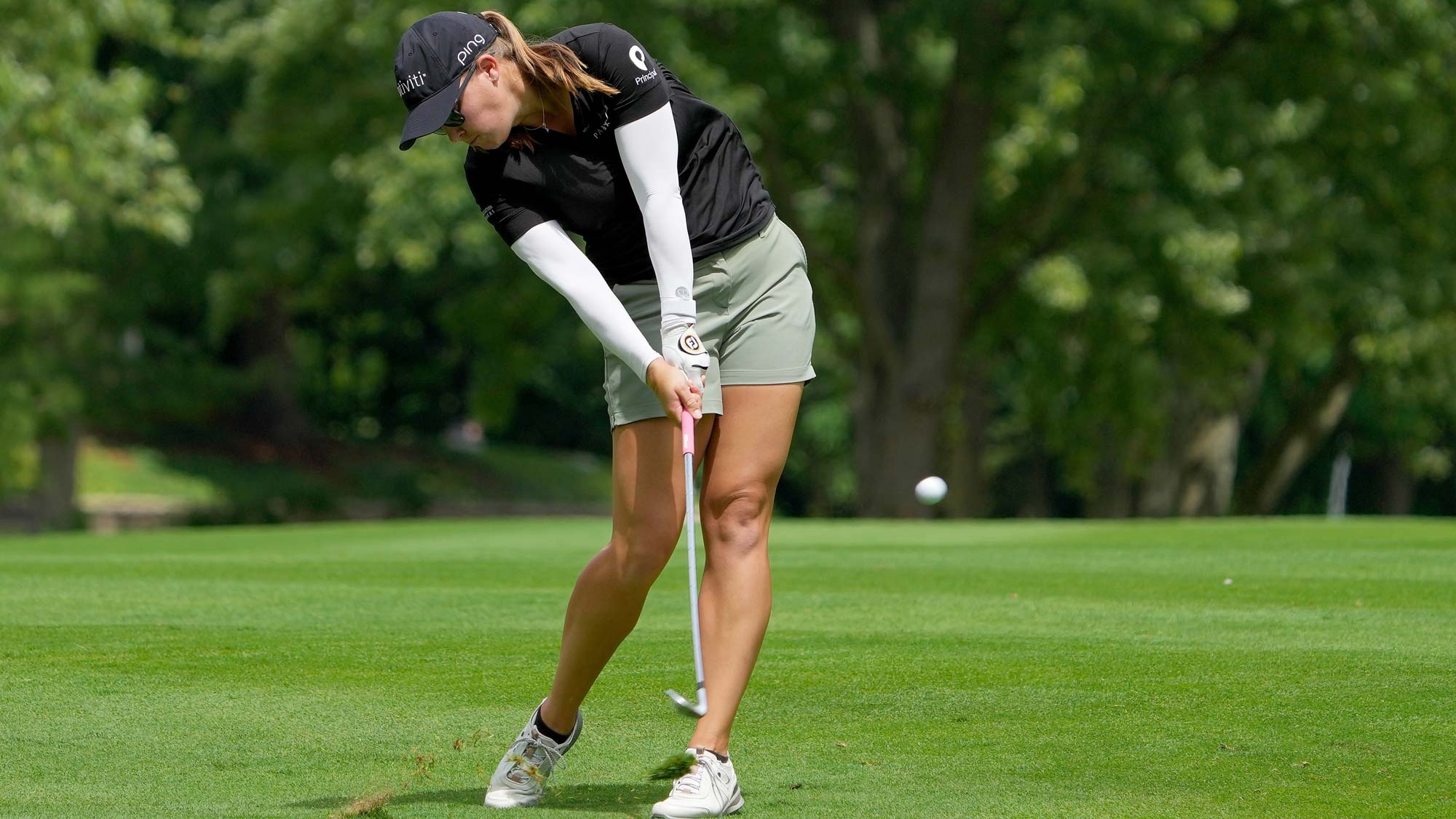 Jennifer Kupcho is trying to join Julie Inkster -- the last player to win two majors in a season.

Things are heating up in Evian-les-Bain and we’re not talking about the golf.

There’s a heat wave in France for this week’s fourth of five major championships in the world of women’s golf and the players in the Evian Championship may want to make sure they drink a lot of the sponsor’s product.

Temperatures will push into the high 80s and reach as high as 94 for Friday’s second round at the Evian Resort Golf Club.

Rain on Wednesday soaked the grounds and that’s been a recurring problem with this championship — soggy turf.

Nothing bothered Minjee Lee during last year’s final round as she came from seven shots off the lead with a closing 64 that earned her the championship.

She comes into this week as one of the strongest, steadiest players on the LPGA Tour but a lot of eyeballs will be on rising star Jennifer Kupcho — who has climbed to ninth in the Rolex World Rankings and is looking to become the first American player since Julie Inkster (1999) to win two majors in one season.

Kupcho is fresh off her third win of the season as she teamed with Lizette Salas to crush the competition last week at the team event — the Great Lakes Invitational.

Kupcho won the season’s first major at the Chevron Championship for her breakthrough victory on the LPGA Tour then she added a second title in June with her playoff victory over Nelly Korda and Leona Maguire at the Meijer LPGA Classic.

Kupcho has good memories of this event.  In 2019, just three months after her dazzling victory at the Augusta National Women’s Amateur, Kupcho carded a final round 66 to finish tied for second.

She’ll have plenty of competition this week.

The field also features world No. 1 Jin Young Ko, who is making her return to Evian, where she won in 2019. Despite winning in her season debut, the world No. 1 has largely been a non-factor in the biggest events of the year. Nelly Korda, who made her return to competition in June after a four-month hiatus away to cope with a blood clot, remains in search of her first win of the season. She arrives in France on form, fresh off a final round 61 on her own ball while teaming with her sister, Jessica, at the Great Lakes Bay Invitational.

Lee, the defending champion, will surely have something to say when play begins.  She had the biggest payday in the women’s game when she won $2 million at this year’s Women’s U.S. Open.

Round up the usual suspects, another senior major championship is upon us!

The final major championship of the 2022 schedule will unfold starting Thursday on the King’s Course at Gleneagles for the first time.  It’s the seventh time overall that the over-50 major has been played in Scotland.

There was no championship last year due to COVID but Stephen Dodd returns to defend the title he won in 2020.