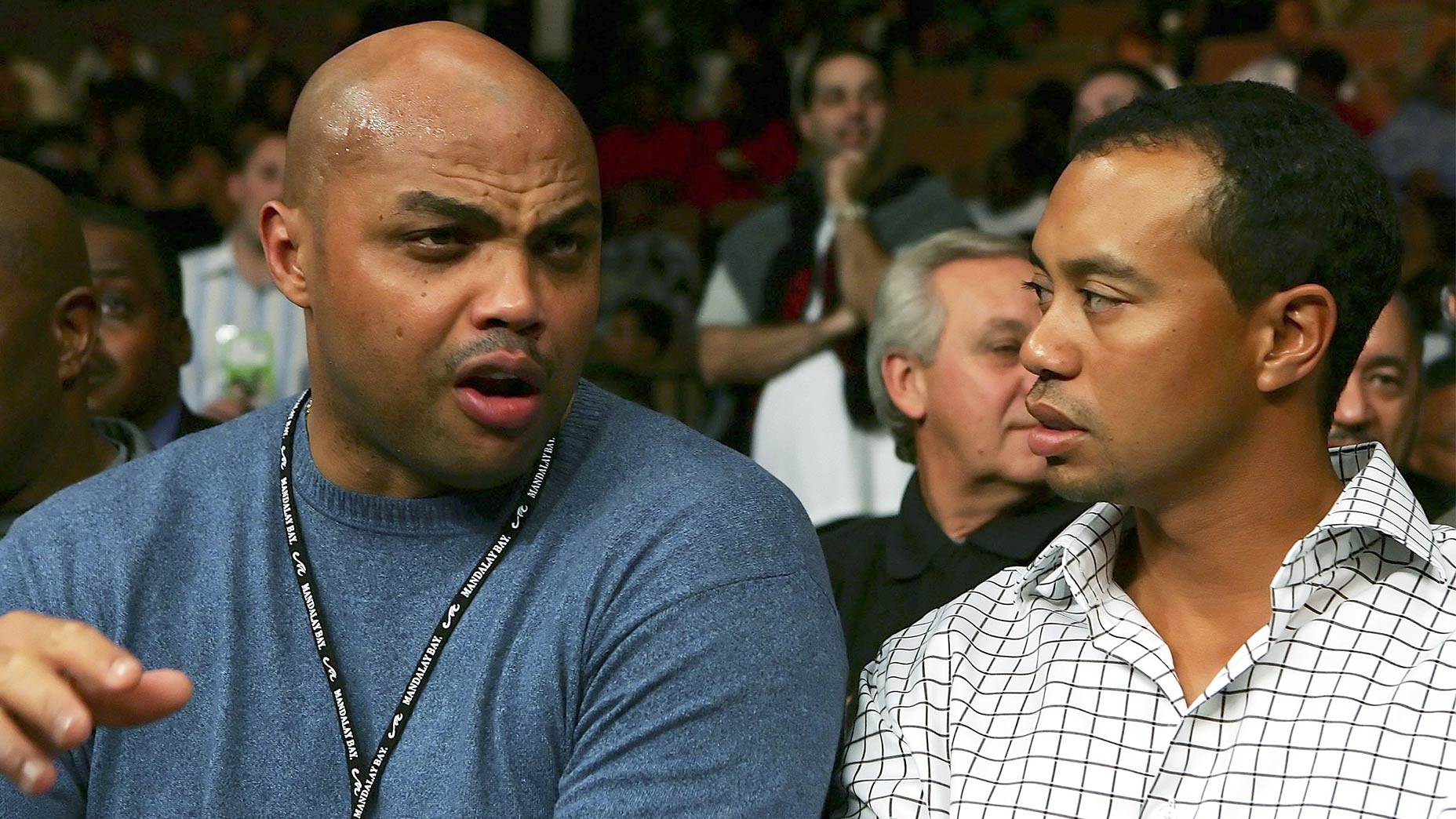 If you’re a bit down on yourself about your game, we highly recommend you tune into to TNT on Friday at 3 p.m., eastern time, Charles Barkley will make you feel a whole lot better about yourself.

Yes, THAT Charles Barkley — The Sultan Of Slice — will actually be putting his swing on display.  Knee jerk reaction would be a quote from Col. Kurtz (played by Marlon Brando) in the move Apocalypse Now:  “The horror, the horror…”

Oh we’ve seen “The Horror” that is Chuck swinging a golf club.  It’s painful at best.  Chuck plays in that celebrity shin-dig out there at Lake Tahoe every year, covered by NBC and they’ve shown Sir Chunksalot at times.  It’s not pretty.  Needless to say Phil better warm up those calf muscles of his and make sure his back is strong as he’ll be carrying a real load out there in Oro Valley, Arizona.  Site of this Match III as they are calling it, is the Stone Canyon Golf Club, which just happens to be owned by Mickelson Properties.  He’s sorta like Auric Goldfinger in that sense — he can turn to Manning and Curry and say:  “I own the club.”

Mickelson describes Stone Canyon as “pretty penalizing in spots because of the desert but it’s also got a great mixture of fun holes, like drivable par fours, reachable par fives.  Our sixth hole is a spectacular par three with waterfalls and such. It’s only about a wedge. But it’s a very demanding shot.”

At that Lake Tahoe event, which is scored on a Modified Stableford system where you try and accumulate “plus points” — Barkley typically finishes so far down the list that he’s deep into minus points.

If you haven’t seen Chuck’s swing, click on this link for a bunch of ’em — warning, once you see this, the images may haunt you.

Here’s Lefty’s strategy according to him:

“If I can hit the green, and let him putt, that’s our strategy on that. Same thing on the drivable par fours. We saw what happened in Match II where we were really getting beat up pretty good and then Tom and I, on 11, I drive the green and he rolls the putt in for eagle and it just turns the whole match the other way.”

Now here’s a last minute change that could help Team Disaster, aka Lefty and Chuck:  “At Stone Canyon, we actually have Chuck tees,” Mickelson said. “They’re a little bit further up.”

They better be a LOT further up — no way he can play from back tees.  You might recall that after Match II, Barkley had been coached by Justin Thomas and Sir Hacksalot played the 18th hole at The Medalist, if he made bogey on the par four, he’d make some charity money — alas, double for Chuck.

As for Manning and Curry,  they’re both single-digit handicap players.  It was Manning who came through with a fine shot to win the last match for him and Tiger.

“We really should’ve won that match,” Mickelson said this week, starting some trash talking. “There were a couple things down the stretch, I mean, Peyton’s iron shot on 16 to three feet. I don’t know if that was legit. I don’t know what happened. I missed something. I couldn’t see the green and somehow his ball is three feet from the hole when it’s all said and done. I don’t know, I question that.  So I don’t wanna like, file lawsuits, you know, question the outcome or any of that stuff, but I do have a question on that one.”

Well, the biggest question mark going into this Friday “exhibition” will be:  Can Mickelson survive Charles Barkley?

Good new on this one is that it will be raising money for Historically Black Colleges and Universities and it will provide big dollars for meals through Feeding America for this holiday season.

And that makes it worthwhile, regardless of how bad Barkley hits it.