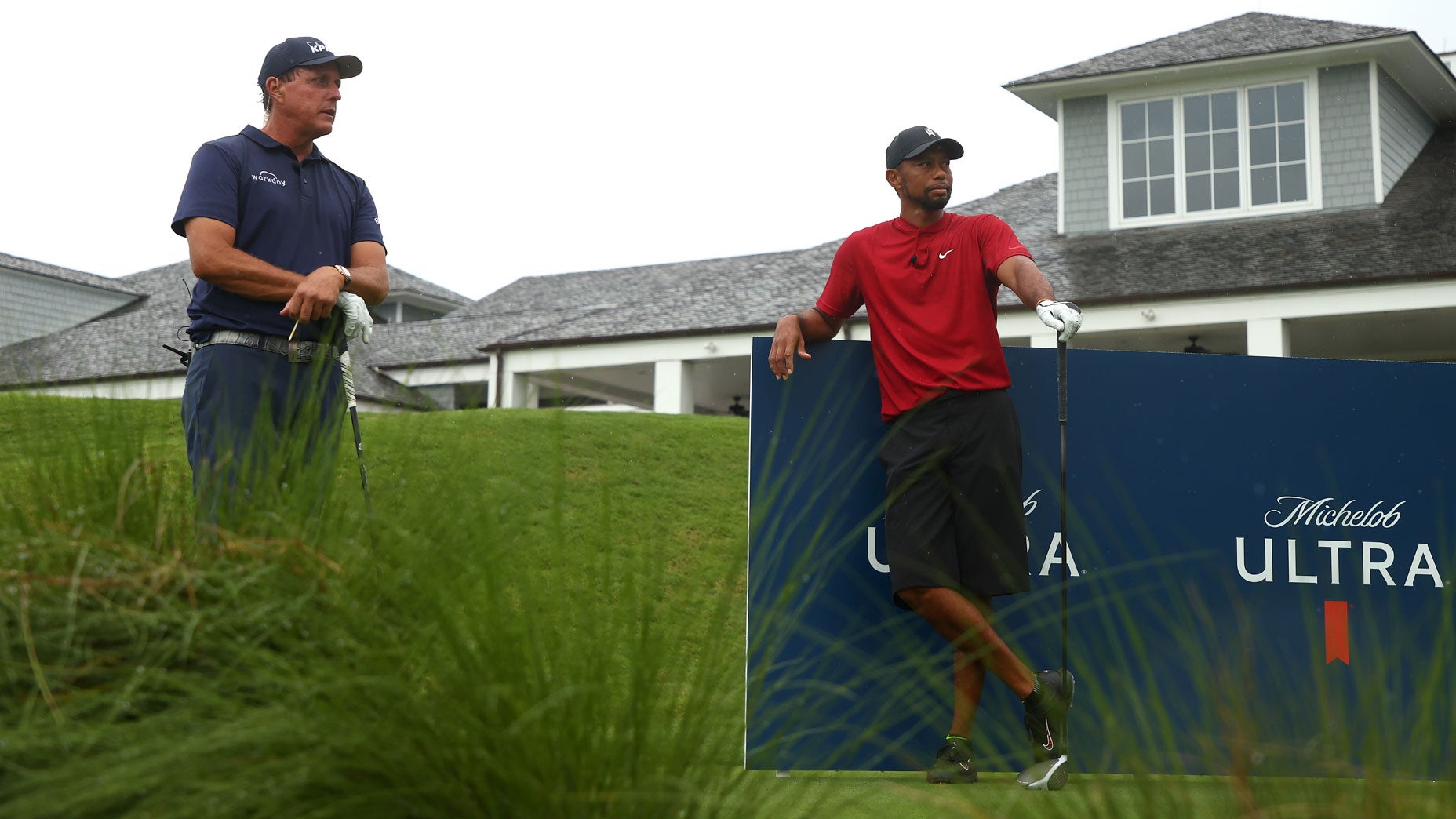 Tiger Woods still moves the needle like no one else.

Phil Mickelson’s no slouch  either.

Put those golf icons together, throw in a couple of record-setting quarterbacks and you’ve got the ability to draw a lot of eyeballs to a television broadcast.

By the rainy day’s end on Sunday over there on the east coast at The Medalist — The Match II brought 5.8 million viewers to the Turner Sports production that matched Woods and Manning against Mickelson and Brady.

What we witnessed at The Medalist was the star power of Woods and Mickelson, together.  When you thew in Brady and Manning, you probably roped in some curious football fans who may have  never watched a golf broadcast.

The numbers totally overwhelmed the Rory McIlroy-Dustin Johnson-Rickie Fowler-Matt Wolff fundraiser at Seminole Golf Club.  That one drew about 2.3 million viewers, about what you get for the final round of a regular PGA Tour event.  That one raised a little north of $5.5 million.  The Tiger-Phil party in the rain resulted in a whopping $20 million.

The Match II had a darn good supporting cast.  You had wise-guy Charles Barkley (suck on that, Chuck), calling out Tom Brady and generally instigating whenever he could.

You had Samuel Jackson botching Tom Brady’s new football hometown — there’s nu such city as “Tampa Bay.”  There’s Tampa and there is St. Petersburg and together they make up the bulk of what is known as The Tampa Bay area.  No Samuel, there is no city called “Tampa Bay.”  Didn’t matter, Jackson played his role and it was a minor one.

One of the surprises of the broadcast was rookie on-course-reporter Justin Thomas, hand-selected by Tiger to fill that role.  Thomas, one of the tour players who makes The Medalist his home course, threw a few zingers, provided some nice observations and had everyone giving him a future in golf broadcasting.  But at age 27, he’s got more than a decade of high-earning  years on the PGA Tour ahead of him.

This one was a huge hit in spite of the weather.  In fact, the rain made it all that much more compelling.  Watching Woods handle the conditions was fascinating.

The biggest personality of the foursome was Mickelson.  He was a one-man analyst.  Most interesting was his coaching of Brady.  Brady absolutely floundered during the early holes but produced the magic moment of the entire afternoon when, after Barkley called him out, he holed out a wedge shot from around 100 yards for a birdie four at the par five seventh.  Up to that point, the best-ball portion was getting a bit painful.

The best feature of the telecast were the on-cart television cameras with each player “miked-up.”

Tiger got a lot of social media comments with his “Mike Tomlinson” beard and his baggy shorts.  Hey Tiger, were those short, long pants or long, short pants?

Brooks Koepka made a hefty $100,000 contribution to the cause when he bet that amount if Brady could par a hole on the front nine.  Brady never did make a par but his hole-out birdie had Brooks writing the big check.

Yes, this one was so good in so many ways.  Yes,  golf can be very entertaining with no fans on site.

And you can bet the plethora of advertising were pleased as punch.

Please to the tune of 5.8 million viewers — that’s 11.6 million eyeballs.  And 20 million simeleons.

Not bad for a rainy afternoon in Hobe Sound.