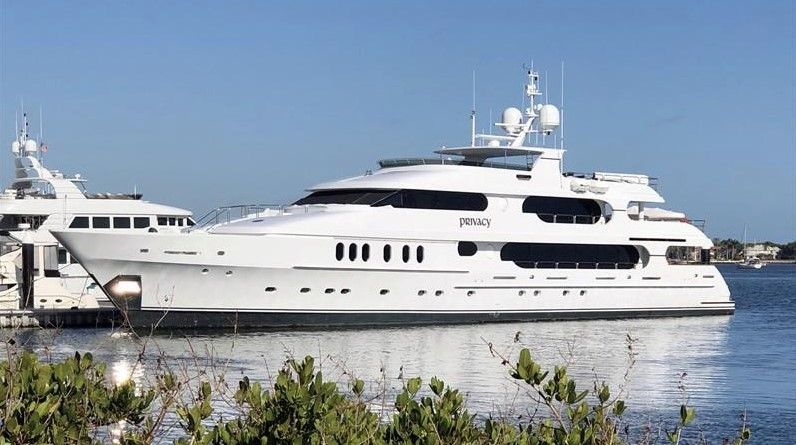 Tiger Woods just might be planning to play next week at the RSM Classic.

On Monday, Tiger’s 155-foot luxury yacht — Privacy — pulled out of its mooring in North Palm Beach and headed north.  On Tuesday, it docked at St. Simon’s Island.

So the speculation is, connecting the dots, that Woods may show up at Harbour Town Golf Links next week for the RSM Classic.

Anytime there’s a tournament Woods plays in that has a large marina nearby, Woods will have his yacht taken to the site.  He then flies to the location and will spend his time on the yacht rather than a hotel.

At Harbour Town, there’s a marina just steps from the 18th green with the signature lighthouse overlooking the marina.  There’s plenty of room for Privacy to dock there.

We don’t know for sure until 5 p.m. on Friday.  That’s when players have to give the Tour notification of their intent to enter the next week’s event.

The PGA Tour put out a memo about caddies cleaning flagsticks, cleaning players bags, staying clear of their players and so on an so forth.

Things didn’t look too different during the first round at Colonial Country Club and Ryan Palmer pretty much confirmed that.

For the record, no PGA Tour players or caddies in the 148-player field tested positive for COVID-19.

Meanwhile, back in Ponte Vedra, home of the PGA Tour headquarters, Frenchman Paul Barjon took the first round lead at the Korn Ferry Challenge.

Barjon shot a six-under par 64 on the Dye Valley Course — good for a two-shot lead over a group of eight players that included Luke List and Erik Compton.

Prior to the start of the event, one player and three caddies tested positive for COVID-19.