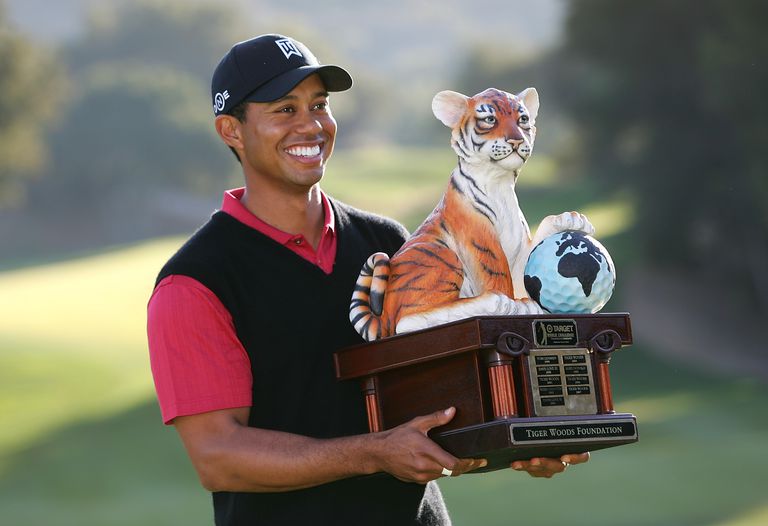 Tiger Woods has called off the Hero World Challenge in December.

Tiger Woods is back on the PGA Tour this week, defending his title at the moved-to-the-U.S. Zozo Championship.

Normally that might be grounds for major buzz, but given Tiger’s recent play, it’s more like Yawn City, baby, as the great Dick Vitale might say.

Yeah, that’s a big ho-hum, but it’s still Tiger Woods and it seems the PGA Tour is making him the focal-point of promoting the 2021 Tour Championship, flashing for the millionth time, the long, curling putt at the 17th back in 2001 with the Gary Koch “better than most” call.  By the way, listen close and Johnny Miller actually spoiled it with a “how about in?” after the second “better than most.”  Yeah, the older Tiger gets, the better he used to be.

Which brings us to the Zozo at a course he knows very well — it used to be the center stage for his Hero World Championship.  He won his own event there five times.

Which is the perfect segway into the Hero World Challenge that had been scheduled for December 3-6.  It’s off, another event casualty of the COVID-19 pandemic.  Tiger and his TGR Foundation called it off on Monday — no Bahamas weekend for 18 lucky players this year.

Which brings us back to this week and for the second straight event, the world’s No. 1 won’t be in the field.  Dustin Johnson, who tested positive for the COVID-19 virus before the start of the CJ Cup, is still out in recovery mode.

Here’s something you may not know — Tiger required a sponsor’s exemption into the field.  His exemption was classified as “unrestricted.”

Pretty fancy list for guys you’d never imagined would be in need of a sponsor’s exemption.

Like last week’s CJ Cup, this one is a limited field.

So let’s take a quick gander at who we have at Sherwood:

Brooks Koepka decided not to push his rehabbed body further after a tie for 28th at five-under last week in Vegas.

Tony Finau, aka “Defendant” is supposed to be in the field but he withdrew from the CJ Cup outing, needing more time in his Corona Virus recovery.  Jason Day may or may not go.  He withdrew after playing just two holes on Sunday at Shadow Creek.  J-Day’s neck locked up and sent him packing in pain.

Last week’s big winner — Jason Kokrak — should be riding high after his first tour win and he’s now risen to a lofty 26th in the world rankings.  Big time move after tasting victory for the first time at age 35.

Not sure any particular player has an advantage although “World’s No. 1 Emeritus” has won his own tournament there not three, not four, but five times so there will be those expecting good things from El Tigre this week.

What remains as of Wednesday is just 15 short days until the season’s final major — The Masters.

For a lot of these guys, this will be their final prep.

So things should start to get serious this week.

A coveted Green Jacket is lurking for someone.