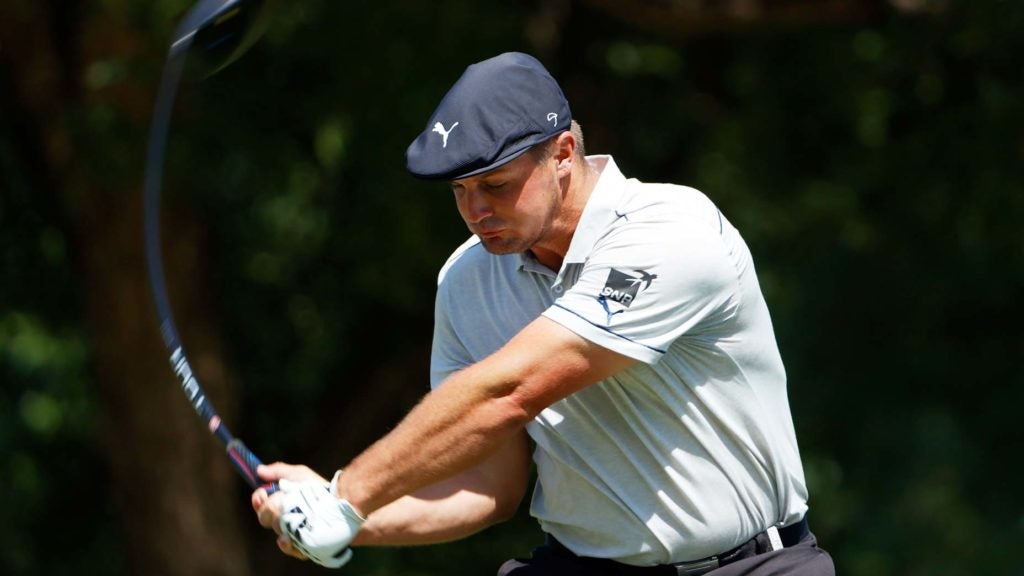 Bryson DeChambeau can forget about trying to use a 48-inch driver.

The United States Golf Association along with the Royal and Ancient have finally come up with their plan to put a damper on distance.

It’s been nearly a year since the two governing bodies of golf released their Distance Insight Project and within that stated that the ever-increasing length of some modern players is “detrimental” to the sport, they have outlined proposed equipment rules, changes and testing standards as well as other “areas of interest” in an effort to produce shorter hitting distances in the game and released them this past Monday.

Their three proposed changes to manufacturers were:

A limit on maximum driver length.  They’re taking that back from 48-inches to 46-inches.  They also will effect how drivers (spring-effect) and golf balls are tested for distance.  The shaft-length limit has a 30-day review period (ends March 4) while the ball and driver test changes review will go for six months, pushing to early August.

Also included were six specific “areas of interest” that cover every aspect from shorter golf balls to smaller, less forgiving and less-springy drivers. Though not a formal proposal, these are targeted research topics that are being explored:  a reduction in the limit to the overall distance standard; modification in the limitation of ball efficiency; other ball specifications (size, mass); reduction in the performance of drivers, including club length and clubhead dimensions (i.e. volume); changes in the clubhead specifications on spring-like effect and moment of inertia, also considering the utilization of radius of gyration limitations; and production of spin from all clubs from all areas of the course.

“We will also evaluate the potential use of a local rule option to specify use of a defined subset of conforming clubs and/or balls intended to result in shorter hitting distances and/or an enhancement in the balance between distance and other skills,” the release read. “The concept is that a committee or golf facility would have the option of requiring the use of equipment meeting these specifications or a subset of them.”

Both governing bodies said they will accept feedback on those areas until November 2.

If they are adopted and right now that’s a big “if” — there’s no specific timeline for implementing the changes.

Have A Spare Two Billion?  You Can Buy TaylorMade:

With a hefty asking price of $2 billion, TaylorMade is officially on the market.

KPS bought it for $425 million from Adidas four years ago.

Golf was down worldwide back in 2017 when Adidas figured out there’s no money in golf equipment, choosing to focus on the high-profit margin item of clothing and shoes.

TaylorMade forks out a lot of money to have the likes of Tiger Woods, Dustin Johnson and Rory McIlroy, among others, playing with their “stuff.”