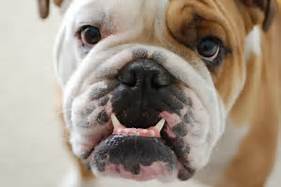 Welcome To The Dog House!

Welcome To The Dog House!

Posted By: Tom Edringtonon: August 05, 2018In: In The DoghouseNo Comments

Welcome to the Dog House.  The Dog House is the place designed for those crazy happenings in the world of golf.  Bad behavior can earn a player a spot in here as well.  We’ll be on the lookout for the strange, the different, the weird.  Enjoy.

DeChambeau Has Panic Attack At Carnoustie?

We’ve never seen Bryson DeChambeau like this on the practice ground last month at Carnoustie.

DeChambeau had what looked like a total panic-attack meltdown.

He already tossed his cap and was agonizing over shot after shot until he finally walked over to a nearby structure and bounced his head a few times against it.

We understand that DeChambeau marches to the beat of a different drummer but the beat was out of control in this instance.

Seems our cool, calculating scientist of a golfer does have a panic point.

Troy Merritt has been experiencing pain in his left arm.

Turns out it was pretty damn serious.

Merritt had been experiencing pain in his arm for about a month and following the RBC Canadian Open he returned home to Idaho. An ultrasound test revealed the clot that stretched from his chest down to his biceps, and he was immediately taken in for surgery, which lasted two hours, to remove the clot.

Okay, in absolute tough-guy mode, Merritt will try and play this week at the PGA Championship.

“I plan on making the trip, and see how my body does each day,” he said. “I’m still planning on teeing it up come Thursday morning, but have not and may not get much practice in before Thursday.”

Horrible Weekend For Tiger, Worst Since 2010:

Golf-course insect attacks are a hazard of the outdoors, and a California court recently ruled that golf courses could be on the hook to compensate golfers who suffer stings.

The case comes from a Californian named Carolyn Staats, who was reportedly taking a private golf lesson at Vintner’s Golf Club in Napa Valley when she was suddenly swarmed by dozens of yellow jackets. She was stung more than 50 times, and according to a doctor on the scene, Staats’ allergic reaction was as severe as it gets – she came within 15 seconds of dying. (The nest was later found under a nearby clump of grass.) Staats sued the golf course for negligence. The first court threw out the case, but an appeals court has taken a different view, ruling that protection from insects is part of a reasonable expectation of safety while playing golf.

“Golf course operators are not exempted from exercising reasonable care to protect their patrons against the foreseeable risk posed by yellow jacket nests on their premises,” stated the decision.