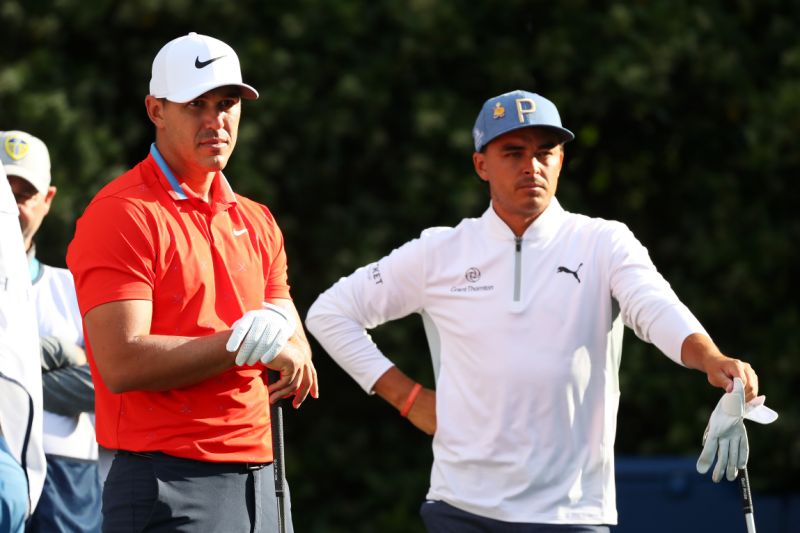 Brooks Koepka and Rickie Fowler will be on hand to save the day at The Honda.

Why Tiger, Rory, D.J. and J.T. Are Skipping Their Neighborhood Event

There was some nose-sniffling and eye-rubbing these week when they figured out that Tiger Woods, once again, won’t play in this week’s Honda Classic.

It’s in his neighborhood, an easy drive from Jupiter Island.

Same story for Rory McIlroy, Justin Thomas and Dustin Johnson.  They all live within a short drive to PGA National.

But there’s a good reason you won’t see them.

You’d think everyone would have it figured out by now — Tiger’s on a pitch count.  He’s worried about his body and how much is left in the tank.  Also, you’d think everyone would know by now that Tiger has his favorite tracks.  PGA National IS NOT one of them.  Bay Hill surely is and all these guys will be in Ponte Vedre Beach the week after that for The Players.

Tiger’s schedule is easy to figure — even though he rarely likes to talk about it.  He’s going to play Bay Hill next week, then The Players, skip Valspar then play in the WGC-Match Play, his last warm-up before The Masters on April 9.  That’s a lot of golf for Tiger.

You can figure pretty much the same for a guy like Rory.  Same for J.T. and D.J.

This Honda deal isn’t all that bomber-friendly.  There are too many holes with trouble on both sides of the fairway (water?) and then there’s the dreaded Bear Trap at the 15th, 16th and 17th and the par five 18th isn’t a pushover.

So yes, it makes perfectly good sense for those big names to take this week off.

Fact is the PGA Tour probably has too many tournaments.  You take the majors, the WGC events and The Players and suddenly you’re up to nine events.  Tiger likes to play 14 or 15 max.

As for the rest, it depends on how many FedEx Cup points they’ve racked up.

The tour, in all its wisdom, pushes the heck out of the FedEx Cup, mainly because it has nothing to do with any of the majors and that doesn’t sit too well with the Sheriff of Nottingham (aka Commish Jay Monahan) and his Band of Henchmen.  Sure they’ve got The Players but raise your hand if you’re sick and tired of it being referred to as “the fifth major.”

Then there’s the “compressed” major schedule with The Masters in April, the PGA in May, the U.S. Open in June then The Open Championship in July.  Those sneak right up on you if you’re not looking.

Then there’s the Olympics, the FedEx Cup playoffs and yes, the 2020 Ryder Cup.

That’s a lot to soak in.

It becomes laughable when they talk about that Premier Golf League bull-spit.  These guys have their schedules full right here at home.

One thing that isn’t brought up as much is off-course earnings.  The top players make more money OFF the course than they do ON the course.

They need some time for that as well — sponsor outings, elbow-rubbing, glad-handing.

Which brings us back to The Honda.

Good news for those auto peddlers is that Brooks and Rickie are there to save the day — as in Koepka and Fowler.

Last year unheralded Keith Mitchell snuck in and beat them both by a shot — Keith shot nine-under, Rickie and Brooks tied for second at eight-under.

Rickie and Brooks need to show up again and play well again this week.