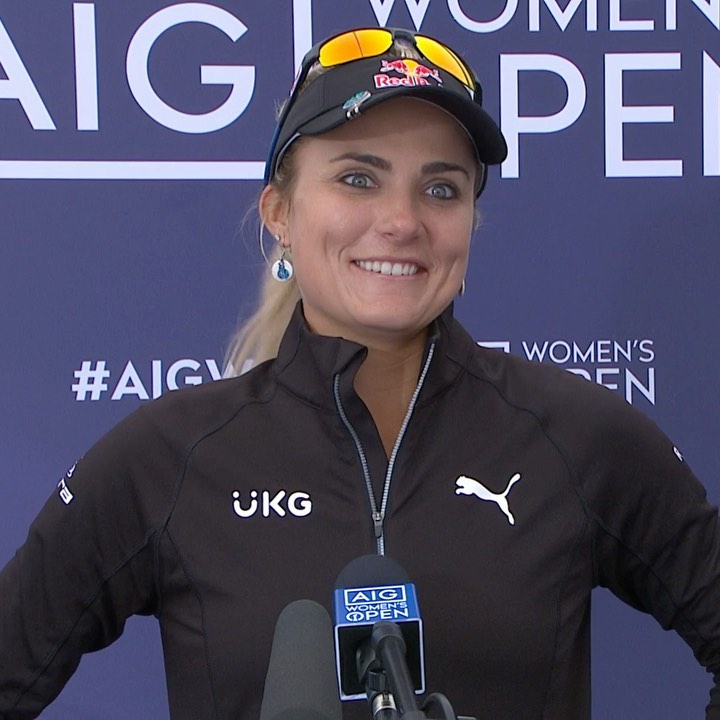 Lexi Thompson is all smiles -- she's just two off the lead with 18 holes to play.

First, in a total stunner, there have been three straight days at historic Carnousie without a stitch of wind to speak of and second, the race for the Women’s Open Championship is wide open with a least a dozen players ready and able to make a run at 54-hole leaders Anna Nordqvist and Nanna Koerstz Madsen.

Yes, there’s a Scandinavian flavor at the top, both Nordqvist, from Sweden and Denmark’s Madsen are at nine-under par after three rounds at gentle Carnoustie, a beast that has been in hibernation this week for the ladies.

Nordqvist got her share of the lead with a brilliant 65 on Saturday.  She posted early then watched as the scoreboard changed time and again throughout the day.  Madsen tied her with a round of 68.

American Lizette Salas, who battled bravely over the final round of the PGA Championship before getting steamrolled by Nelly Korda, sits by herself at eight-under par.  Salas followed up her two rounds of 69 with 70.

American veteran Lexi Thompson got herself in the mix with a second straight 70 and she probably walked off the course feeling she left at least three or four shots out there.  She’s in at seven-under par with Madelene Sagstrom (69), Scottish amateur Louise Duncan (68) and Finland’s Sanna Nuutinen (68).

So where’s world No. 1 Nelly Korda?  Probably lamenting her putting or lack thereof.  Koda’s putter has been stone-cold in rounds two and three yet she’s still in striking distance after shooting 70 to get to six-under.  Korda’s got a lot of company at that number.  The Jutanugarn sisters are there — Ariya (68) and Moriya (71) — along with Canadian Brooke Henderson (70) and American Yalimi Noh (71).

Noh was the first player to get to double-digits under par.  She made four straight birdies on the front starting at the fourth then added a fifth at the par five 14th to get to 10-under for the championship.  But she closed with three straight bogeys.

The weather forecast for Sunday’s finale is pretty much the same as Saturday’s.  There was some light rain and that softened the greens, lending to better scores.  Once again, little to no wind to speak of on Sunday.