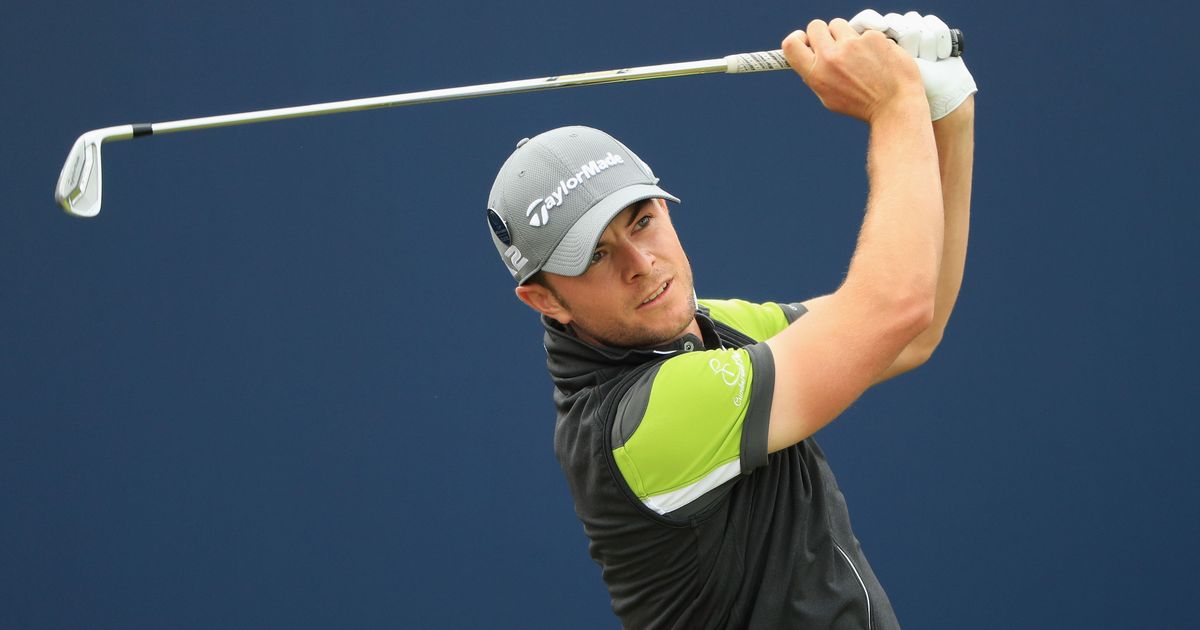 Laurie Canter shot the lowest round ever in the history of the Italian Open.

What else can you say about the 12-under par 60 that England’s Laurie Canter shot on Thursday at the Italian Open?

It was simply the best round ever in the long history of this European Tour event and Canter’s career round as well.   The 31-year-old Englishman missed the magical “59” by a shot but his 60 won’t be an official course record at Chervo Golf Club as the field was playing lift-clean-and-place in the fairways thanks to a lot of wet weather earlier this week in Brescia.

The morning start was delayed a half hour by fog and the day remained overcast, cool and damp until things became to warm up for the afternoon wave.

Canter started his day on the 10th hole.   He was out early in the second group of the day.  He birdied 14, 16 and 17 and both par fives on the back 11 and 18 to turn in 31.  Coming home he added birdies at three and four then ran in a 16-footer for eagle at the five five sixth.  He hit his approach to five feet at the seventh then rolled in another birdie from 20 feet at the eighth.  He closed his day with a 15-footer at nine to shoot 29.

His 60 goes down as the lowest score in the history of the tournament.  Canter, ranked 227 in the world, was all smiles afterward.  “It felt great. The back nine, everything went in.  Just one of those days you try and enjoy the ride. It helps to drive it straight and that’s what I’ve done lately,” he explained.

“Obviously a lot of things went right today to help me shoot this.  Just stay out of my own way and play the shots.  Winning?  You need a lot of things to go your way. To say I’m ready to win feels like jumping the gun,” said Canter, who’s looking for his first European Tour victory.

Joachin Hansen of Denmark shot an eight-under 64 along with South African Dean Burmester, and they finished closest to Canter.

Friday Update:  Canter shot a four-under par 68 in round two.  His 16-under total ties the low 36-hole mark in the tournament set by Ian Poulter back in 2002.  He’s two shots ahead of Ross McGowan and four clear of Dean Burmester heading into the weekend.

Danielle Kang got off to a fast start Thursday and finished with a seven-under par 65 that gave her a share of the first round lead at the LPGA Tour’s Drive-On Championship.

Kang is the highest-ranked player in the field at Reynolds Lake Oconee and she had a clean scorecard at the Great Waters course along with Jennifer Song.

Ally McDonald was a shot off their pace with a six-under par 66.

Ariya Jutanugarn, who has had a quiet year, began to find her old form and signed for a five-under par 67 along with Lindsey Weaver.

“I think I know the golf course a little bit better,” said Kang, who is ranked fifth in the world.  “I’ve only played it once technically so it’s still very new, but I just tried to work on some pace drills on the greens and figure out the type of grass around here. I feel good about today.  To be honest, I made some putts today, which made me really happy,” Kang said.

Song closed with a birdie on the par-five 18th, her fifth in the final seven holes.  Song is looking for her first LPGA Tour win.  “This course is really tough and, in the afternoon, the greens got really crusty, so there was a lot of calculation,” Song said. “The wind picked up a little bit, so it was kind of confusing, but I managed it pretty well. I’m really happy about seven-under par today. I didn’t think that was possible to shoot that score out there, but I had a great round.”