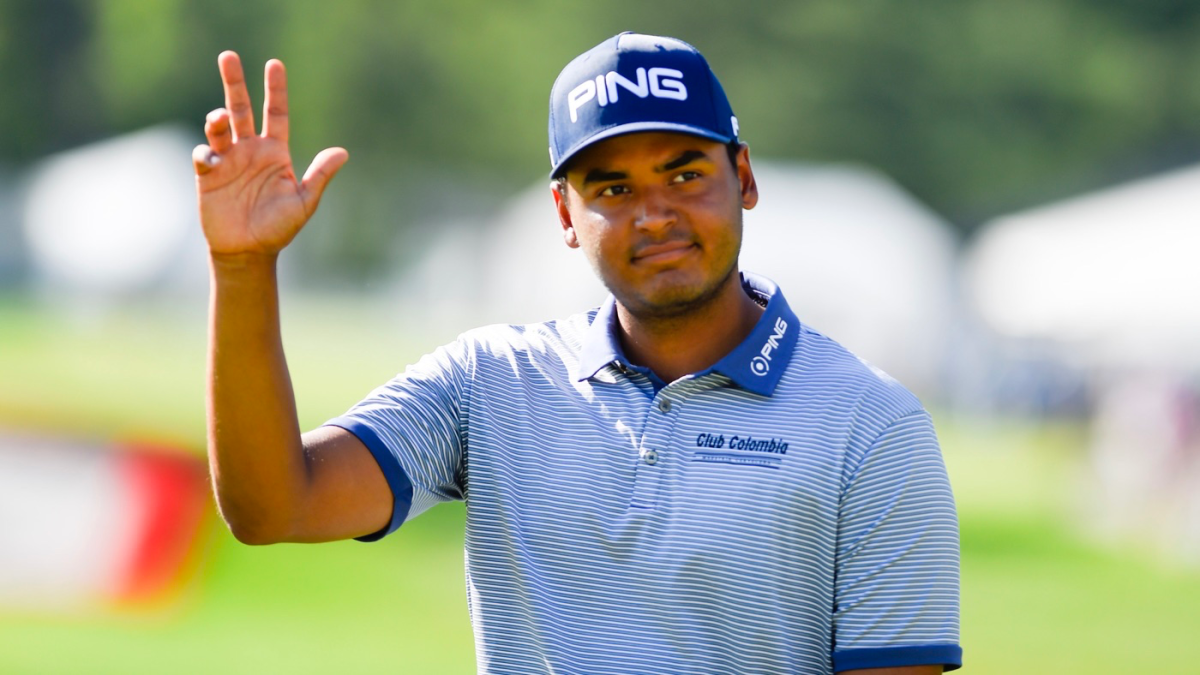 Sebastian Munoz was all smiles after he signed for an eight-under par 64 on Thursday at Sherwood Country Club but deep down inside, he probably knows his score could have been even lower.

Munoz had a day to remember as the Zozo Championship got underway.  He had eight birdies, two eagles and just five pars.  On the negative side of the ledger, a pair of bogeys and a double-bogey prevented what might have been an even more incredible round.

“I felt great all day,” Munoz said afterward.  “I was hitting the shots, making the putts.  It was a good day.”

One of those sensational shots came when he holed his approach to the par four seventh from 168 yard for eagle two.  His other eagle came at the tricky 16th where he found himself 50 yards short of the green in two and he pitched his third in the hole.

Sherwood was totally scoring-friendly with perfect temperatures and very little wind.  Tyrrell Hatton, one of the game’s hottest players, finished a shot behind Munoz with a 65 that had him tied for second with world’s No. 3 Justin Thomas.

Brian Harman, Harris English and four others were tied with six-under par 66s.

Another eight were in at five-under.  In all, 38 players in the field broke 70 and 56 shot under par.  The field of 78 was reduced to 77 when Gary Woodland withdrew after seven holes, citing a bad back.  Woodland was three-under par at the time.

Thomas was the best performer of the world’s top-ranked players in the field.  No. 2 Jon Rahm shot 68 as did No. 4 Collin Morikawa.  No. 5 Rory McIlroy struggled and finished over par with a 73.  On the 18th hole, Rory hit a lousy wedge shot and showed his frustration — he pushed down on the club as it sat on the ground and applied enough pressure to snap the shaft.

One name that is no where to be seen near the leaders is Tiger Woods.  Woods, who has played more than 40 competitive rounds at Sherwood, had a totally miserable start to his day and by the time he finished, he signed for a four-over par 76, his worst-ever score on the track where he won his Hero World Challenge five times and finished second another five times.

But this year may be different now that the PGA Tour will allow fans on site.

The Houston Open will allow 2,000 fans per day on the course during tournament rounds. Next week’s Bermuda Championship is also scheduled to have an undisclosed number of fans on site, the first time fans will be permitted to attend PGA Tour events since The Players Championship in March.