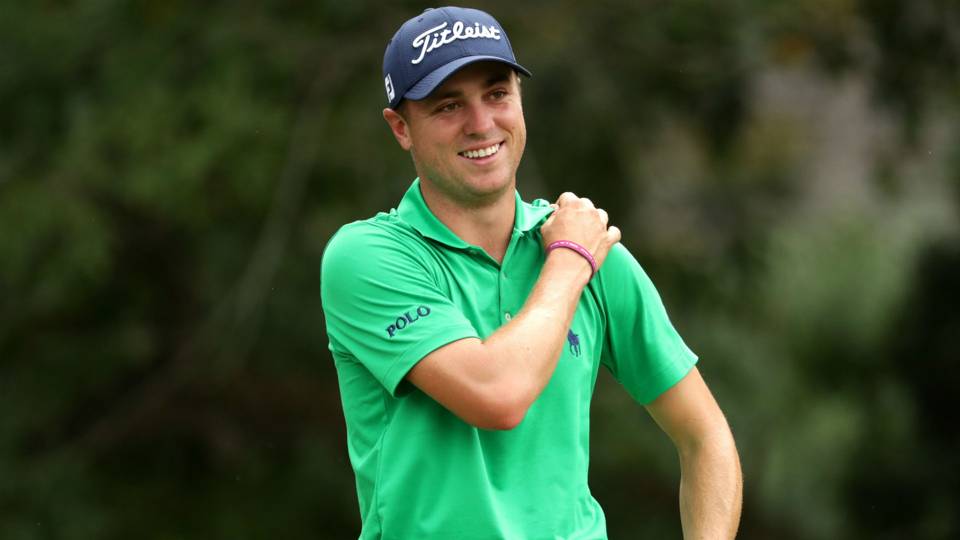 Justin Thomas got it going with 63 on Friday.

Justin Thomas thought it might be a good idea to shoot nine-under at Nine Bridges.

J.T.’s 63 on Friday got him to 13-under par and he opened up a two-shot margin over first round leader  Ben An.

Two significant happenings — Brooks Koepka went back into hibernation with a 75 and Jordan Spieth cut him by 10 shots.  Spieth’s 65 got  him to nine-under par and in contention heading into the weekend  while Koepka fell into a tie for 51st.

Koepka’s young brother Chase somehow snuck his way into this elite field and was tied for 33rd  with Phil Mickelson.

Mickelson helped himself with an opening 70 but shot 72 on Friday.  efty needs a good showing to keep himself in the top 50 and keep his 26-year streak going.