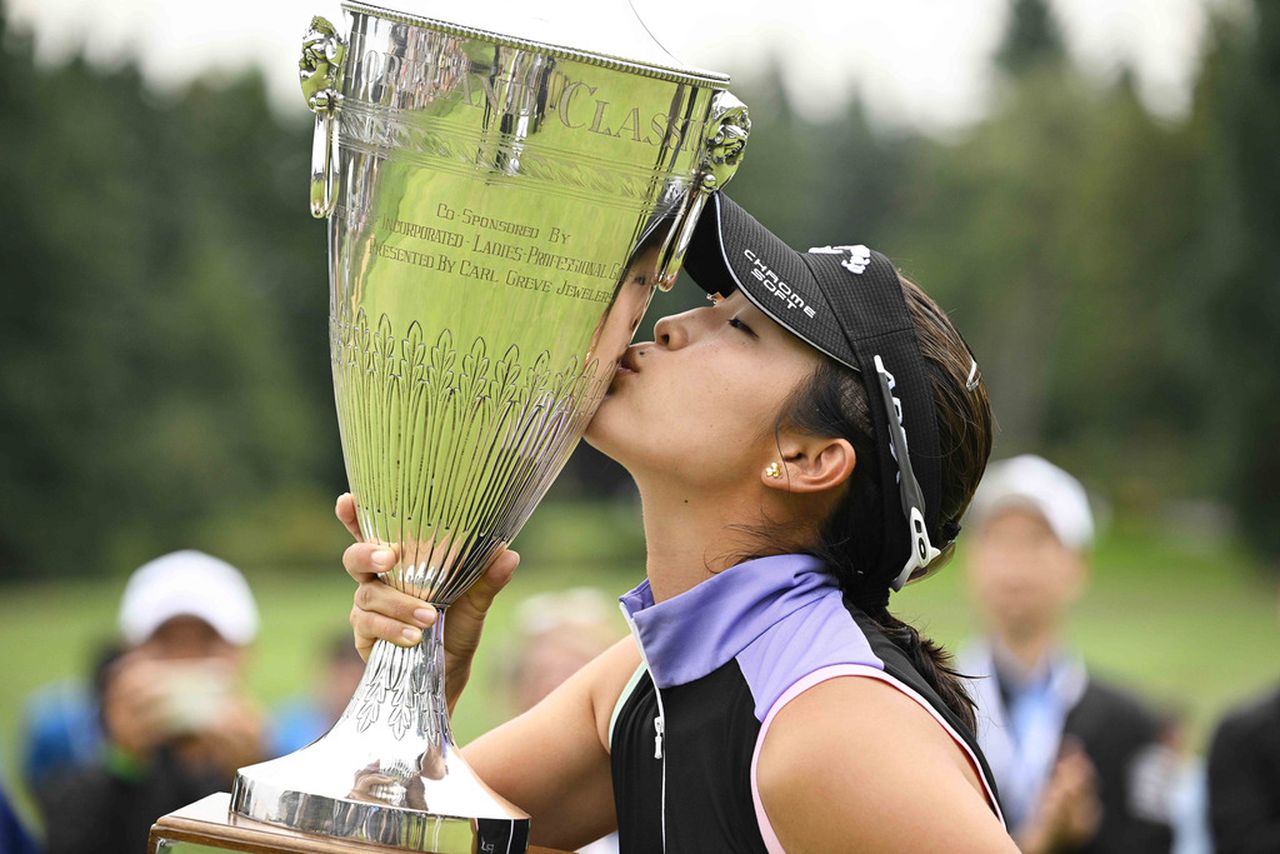 Andrea Lee broke away from the pack to take her first LPGA title.

Andrea Lee was a standout collegiate player at Stanford and spent time as the No. 1 amateur in the world, but she’s waited a while for success on the LPGA Tour and it finally came on Sunday in Portland.

Lee holed a clutch 12-footer for birdie at the 70th hole that got her to 19-under par and she broke away from a pack of players who were in the heat of the battle.  She made a great sand save on the 71st hole then closed it out with a par at 18 to win the Portland Classic.

The tournament was up for grabs all day at Columbia Edgewater Country club.  There were numerous lead changes and with just a few holes to play, there were a half-dozen at 17-under par.  But it was Lee who stood above the rest over the final nine holes.  She birdied the 10th then ran off three straight birdies starting at the 12th.  She was tied at 18-under with Esther Henseleit.  Henseleit bogeyed the 17th, opening the door for Lee.

Lee overcame a bad break at 17 when she hit a perfect drive, only to have it settle into a fairway divot.  Her second found the left greenside bunker and she then hit a superb recovery to three feet.

“All the hard work has paid off. It’s been my dream to win on the LPGA Tour, and the fact that I accomplished that today is just pretty surreal.  “Some of the past champions (in Portland) are legends of the game — I’m extremely honored to join that list of names,” said Lee, who shot 66 and beat Daniela Darquea by a shot.  Darquea birdied her final three holes to finish solo second at 18-under par.

Lee started the day at 13-under and was in the final group along with fellow Epson Tour graduate Lilia Vu and  Ayaka Furue. She got off to a rough start with two bogeys in her first three holes but turned it around shortly after with birdies on holes five, six and seven. The American continued the birdie barrage with five on the back nine and took advantage of Columbia Edgewater’s four par-fives throughout the round with birdies on all four.

“It was a bad break obviously, but nothing you could do about it,” Lee said, looking back at the divot shot at 17.  “I was kind of in between clubs. I was debating whether I should hit a really full seven-iron or choke-up six-iron, and I went with choke-six and tugged it a little,” Lee explained. “I caught it pretty clean. I think if I aimed it a little bit more right it would’ve been on the green. But tugged it and went in the bunker. I just had to keep myself calm and try and get it up and down. Hit it to about a foot so that definitely helped calm the nerves.”

Lee led the field in birdies and hit the most fairways and greens in regulation. Her game is the best it’s ever been, she said, but it’s been a long journey to reach this point.

“My junior career and my amateur career have always been kind of smooth sailing I would say. I kind of expected a lot out of myself coming into the LPGA and turning professional. Put a lot of pressure on myself to do really well off the bat,” said Lee, who is tied for the title of winningest golfer in Stanford history. “That wasn’t the case at all. 2020 was a decent year, but then 2021 was a struggle — just learned from all those experiences last year, and I really have grown as a golfer and really proud of the way that I managed to use all those experiences to get that win today.”

It didn’t come close to a million bucks but a Tiger Woods “back-up” Scotty Cameron, signed by Woods, fetched $328,577 at the auction by Golden Age.

One of Arnold Palmer’s putters, his Tommy Armour IMG Silver Scot, the one he loaned to Tony Lema who used it to win the 1964 Open Championship, went for $126,680.

The auction was exclusively “clubs only.”

The Best Of The Defectors, aka, Cameron Smith, won the latest Infidel-funded LIV exhibition on Sunday in Chicago.  Smith shot 13-under par for the 54-holes and beat Dustin Johnson and Peter Uihlein by three shots.

The Head Defector, aka Phil Mickelson, actually got his first top 10.  He shot a whopping six-under par to finish eighth.

Only 30 of the 48 players shot under par, which is what you get when everyone gets paid beforehand.