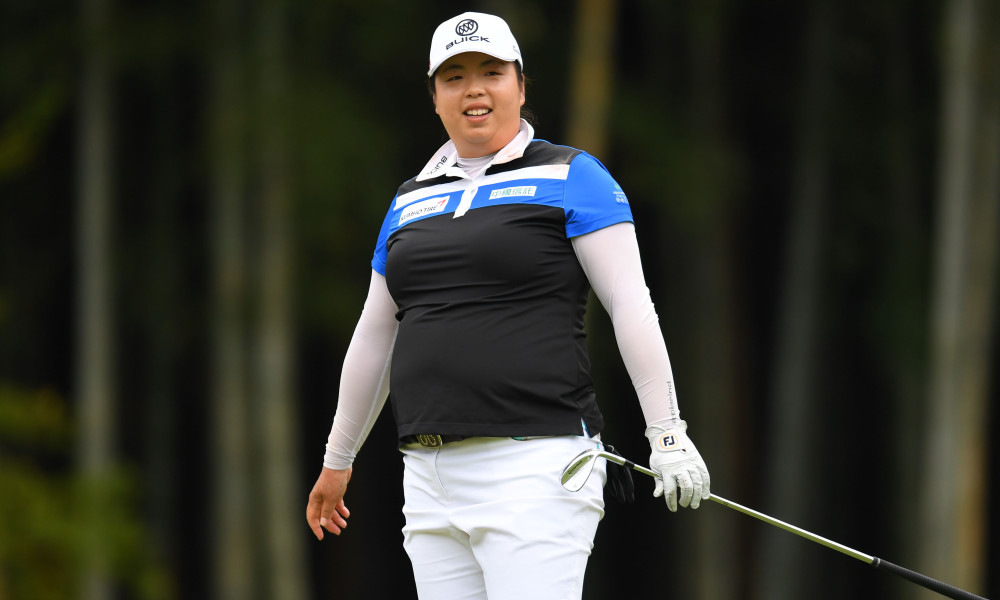 Shanshan Feng birdied the 72nd hole to get her 10th LPGA win.

It couldn’t have been closer Sunday at Thornberry Creek.

In a classic woman vs. woman showdown, Ariya Jutanugarn threw her best stuff at Shanshan Call Me Jenny Feng and Feng responded with even better stuff.

The two LPGA Stars were tied at 28-under with Jutanugarn done for the day after a round of 64.  She was an interested onlooker as Feng stood in the 18th fairway, facing an uphill second from 136 yards out.  Feng admitted she didn’t know she needed birdie to win.

The Chinese star, who hasn’t won in 20 months, responded with a laser-like seven iron shot that stopped just three feet from the hole.  “I looked at the scoreboard and I saw that I had to make it to win,” Feng said.

She made it, easily, and shot 63 for a 29-under par total, second lowest all-time on the LPGA Tour.

“I didn’t know what the others were doing,” said Feng, who was one of four players tied at 20-under going into Sunday’s finale.

Jutanugarn made a huge move early with two eagles and a pair of birdies over her first nine holes that added up to 30 on the front nine.  Feng, playing in the final group behind Jutanugarn, stayed close to her with a 31 as the two pulled away from the rest of the field.

Jutanugarn, last year’s Player Of The Year, has yet to win this season.  She’ll look back and know that a bogey at the par five 15th cost her this win.

As for Feng, she picked up her 10th career win but quickly said:

“This is not the last one.”