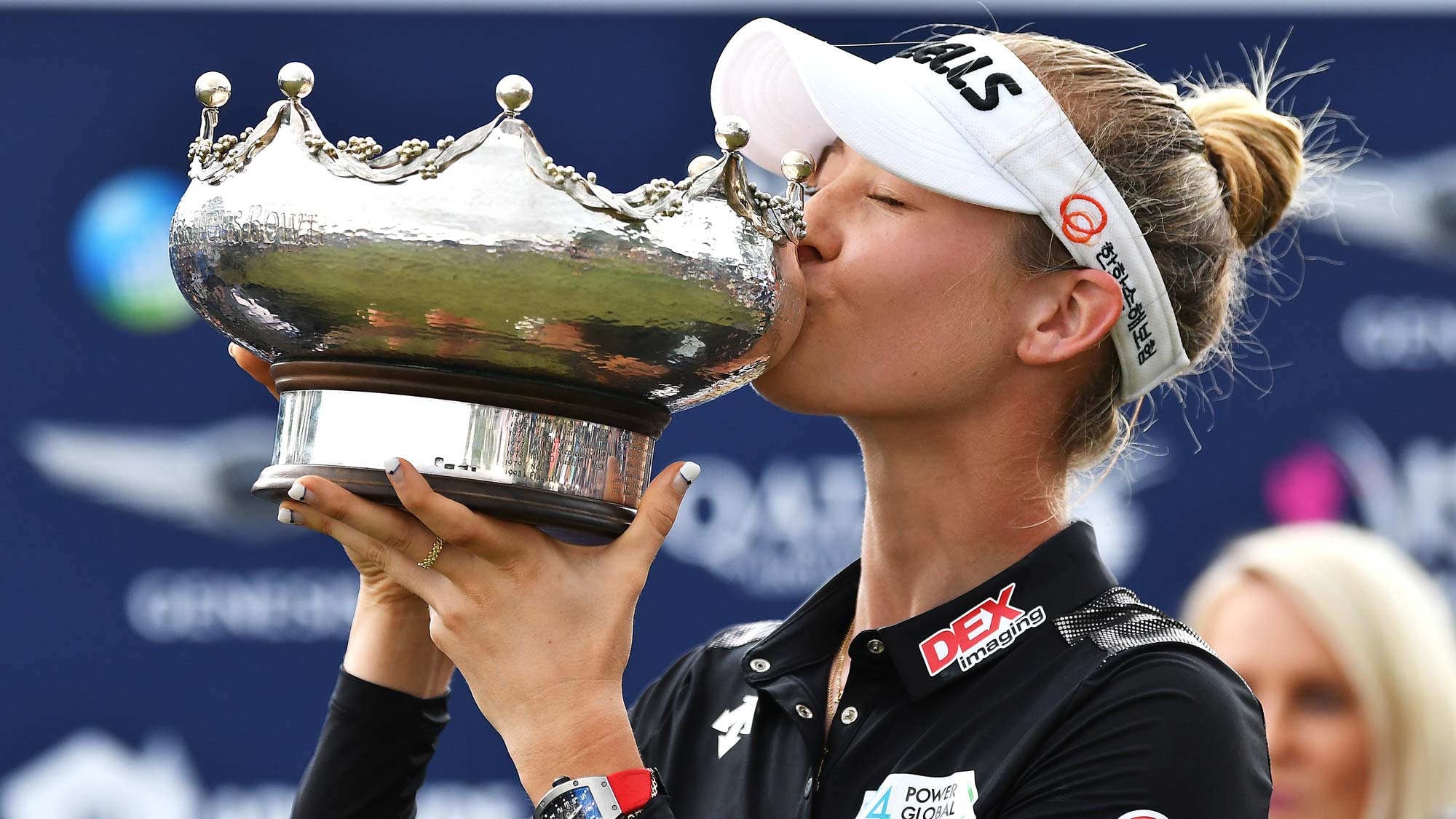 Nelly Korda defends her title this week at the Aussie Women's Open.

The spread of the Coronavirus is serious stuff.

China is gripped in fear and other countries in Asia are taking extreme precautions.

The LPGA Tour didn’t waste any time on this one.  In a move that puts the safety of its players in the forefront, it has cancelled some big events on its Asian swing.

This was part of the LPGA’s official statement on the cancellations:

“It is always a difficult decision to cancel events and the LPGA greatly appreciates the understanding and all the efforts made by our title sponsors (Honda and HSBC) as well as IMG to host incredible events for our players. The health and safety of our players, fans and everyone working on the event is always our highest priority. While we are disappointed that these tournaments will not take place this season, we look forward to returning to Asia soon.”

Mainland China reported another rise in cases early Monday as the number of deaths grew by 97, to 908. China’s health ministry said another 3,062 cases had been reported over the previous 24 hours, raising the Chinese mainland’s total to at least 40,171. That was an increase of 15 jpercent and broke a series of daily declines, perhaps signaling it was premature to think containment measures in China were beginning to work.

There have also been more than 300 confirmed cases outside China.

Japan is doing everything it can to control cases of coronavirus on the cruise ship Princes Diamond, currently moored off Yokohama. Japanese officials reported some 60 additional cases on the ship Monday, for a total of roughly 130.There are at least 13 Americans with Ccoronavirus on board and passengers have been confined to their rooms.

The confirmed deaths surpassed the total number who died during the 2003 SARS epidemic, which killed 774 people, according to the World Health Organization.

Meanwhile, the show goes on in Australia where Nelly Korda defends at the Women’s Aussie Open  at the Royal Adelaide Golf Club.

The victory there last year started a big season for Korda, who went on to win twice on the LPGA Tour and once on the Ladies European Tour.