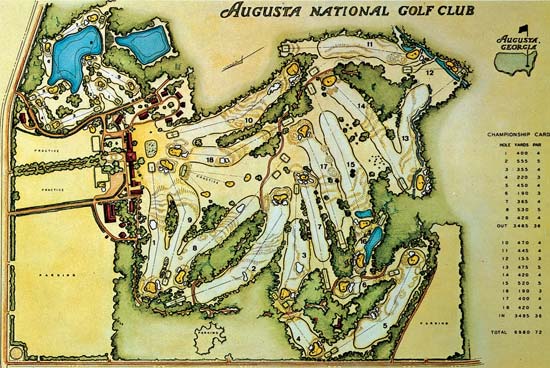 The Augusta National Golf Club is made up of 352 manicured acres.

So what is the dollar value of the Augusta National Golf Club?

Priceless is what most would say.  The club itself would give you the cold shoulder if that question ever came up.

However, the Richmond County, Ga., tax assessor has given us its value:

The property is owned by Augusta National, Inc.  Unlike the cowardly PGA Tour, it does not hide behind a fake 501-c-3 phony “not-for-profit” status.

The club easily writes a check for  $5,664,000 in property taxes to Richmond County.

That’s chump change compared to what The Masters brings into the revenue purse for the club.

Who knows what CBS pays for the broadcast rights?  Probably whatever Augusta National tells it.  Augusta National has never put the rights up for bid, it’s not what the club is about.  CBS is its longtime partner and unlike the greedy USGA, Augusta National won’t sell its soul to someone like FOX.  Thank goodness for that.

What’s easier to guess are the merchandise sales.  Those are estimated to be north of $80 million for the tournament.  Figure a minimum profit of 40 percent, and that number is probably higher — that’s about $32 million coming into the cash registers.

All in all, it’s big-time money folks.  You can check the details of the Augusta National, Inc. holdings here on the Richmond Tax Assessor’s site: