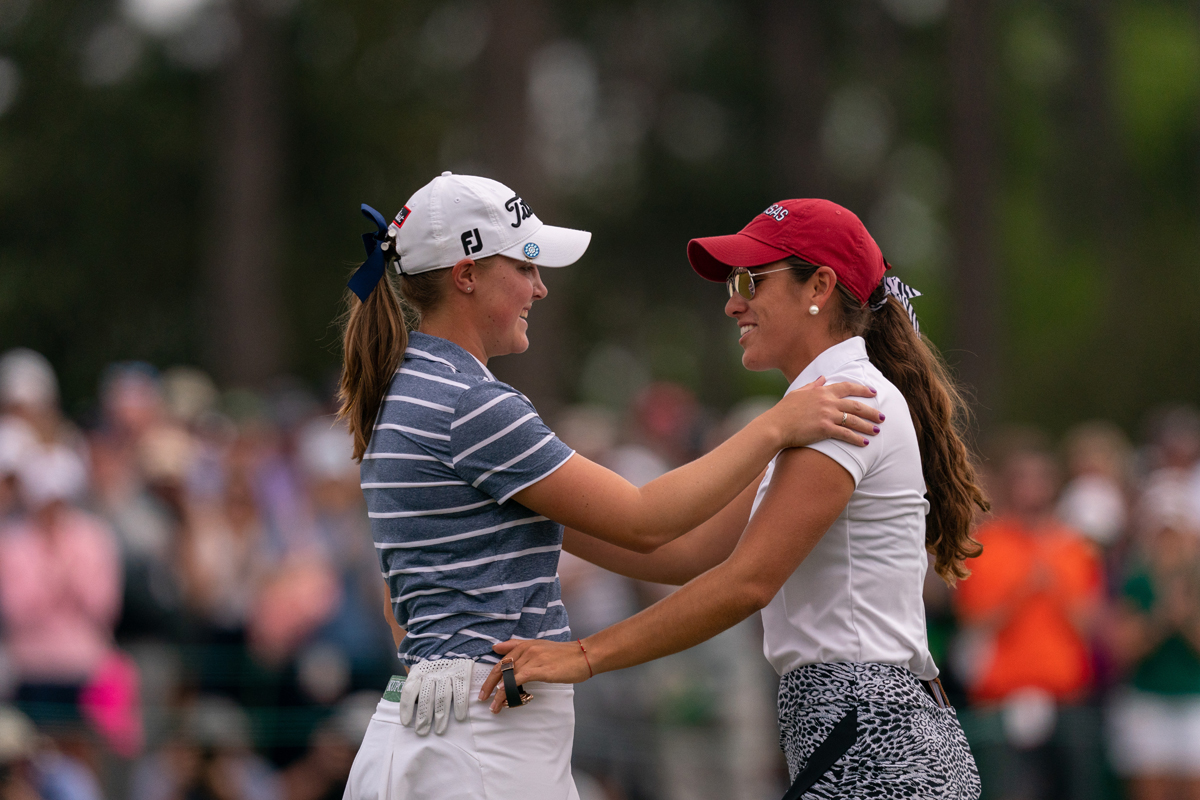 Jennifer Kupcho (left( and Maria Fassi put on a show at the 2019 ANWA.

Dustin Johnson won the 2020 Masters last November but the Augusta National Women’s Amateur was a casualty of the COVID-19 pandemic.

The event hosted by the Augusta National Golf Club will return in March and this week the club announced that 85 players have accepted invitations to compete — including world’s No. 1 and reigning Women’s U.S. Amateur champion Rose Zhang from Irvine, California.

Players who were invited to the cancelled 2020 event were invited to this year’s competition, which will be staged over 54-holes starting March 31 with the first two rounds played at the Champions Retreat Golf Club in Augusta.  The 30-players who make the 36-hole cut will play the final round at Augusta National.

There was a limited ticket allotment for the event but it is sold out.

Ruffels, a senior at USC, announced this week that she won’t compete on the college level this spring.  Instead, she will make her professional debut in two weeks at the Gainbridge LPGA event, February 25-28 at Lake Nona outside Orlando.

“USC has meant the world to me and has been the best decision I’ve ever made,” Ruffels said.  “The past three years at USC have helped me improve not only as a golfer, but as a person and I am forever grateful to my coaches, teammates, support staff and the whole Trojan family for all their support.