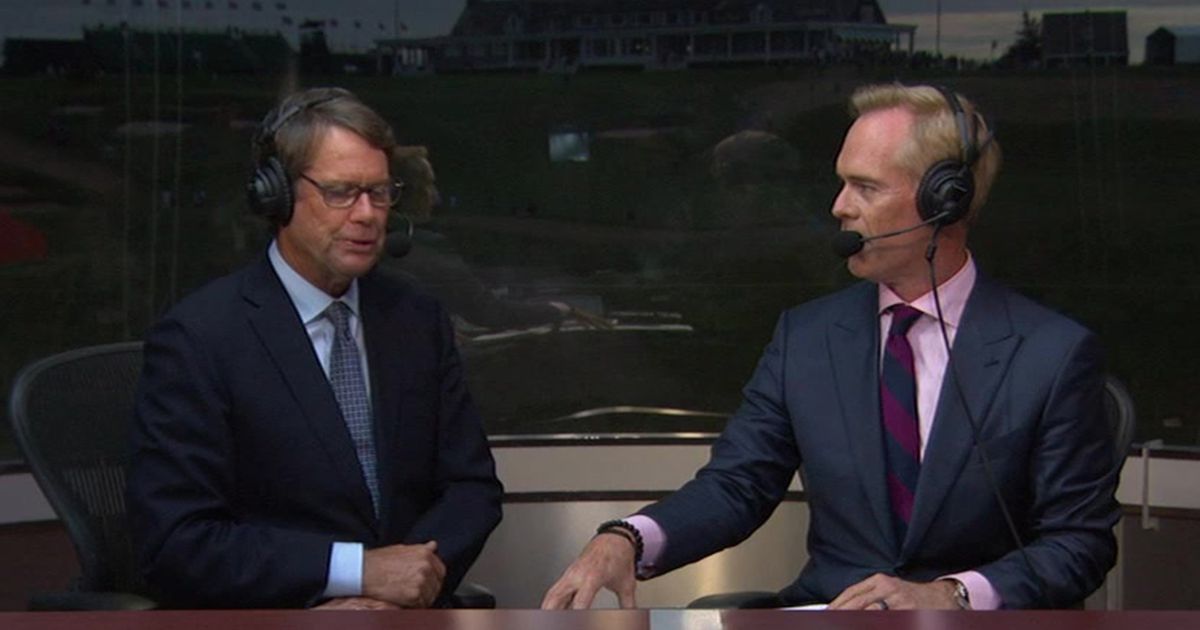 Paul Azinger wasn't any better than he was with FOX.

Azinger’s NBC Debut Left A Lot To Be Desired

Where was Johnny Miller when he was really needed?

Probably at home watching round four of the Phoenix Open like everyone else.

On a day of chaos, mayhem, craziness and unusual happenings at the Phoenix Open, Miller’s substitute was as bland as a bowl of mush.

It was really hard to tell that Paul Azinger was on the set, working for NBC as the analyst-heir-apparent to Miller, who retired from the television booth after Saturday’s third round in Phoenix.

On a day when Rickie Fowler rose, then fell, the picked himself up off the canvas to finally win the Phoenix Open, Azinger brought little to the party.

Azinger’s only words of wisdom during the telecast:

“Rickie’s gotta want to win this more than he’s afraid to lose  it.”

Is that the best Azinger could come up with?

Yes, he has very, very large shoes to fill but on Sunday, Azinger simply wasn’t up to the task when great drama was unfolding there right in front of him.

Best thing is the crowd noise made it tough to hear the commentary at times.

And that was a plus for Paul Azinger.

It’s gonna be a long season for NBC.