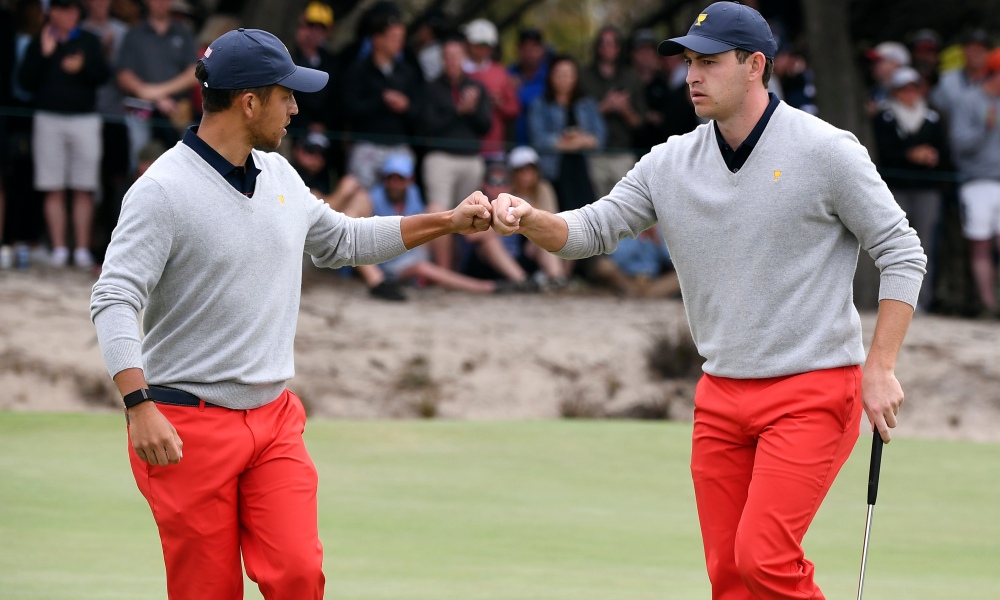 Who's the best without a major -- Patrick Cantlay or Xander Schauffele?

It’s the one title no one really wants — best player without a major championship.

Lee Westwood has had a Hall Of Fame career — never won a major.

Which brings us to 2022 and as we head for a new season, we once again throw out the age-old question — who is the best player without a major?

For the longest time it was Rickie Fowler.  He contended often but fell off the map the past two seasons.  Now it will be a task for Rickie simply to make it back to the winner’s circle again.

So we throw out two current, big names — world No. 4 Patrick Cantlay and world No. 6 Xander Schauffele — both are accomplished players — both are majorless.

Cantlay finished the 2021 season with a flurry and won the FedEx Cup in the process.  Schauffele?  He didn’t win on the PGA Tour in either calendar year 2020 or 2021.

So at this moment, it appears Cantlay is the best without a major.

Another name in that hunt is world No. 15 Tony Finau.

Will one of those three break through this year?

Odds have to favor Cantlay.