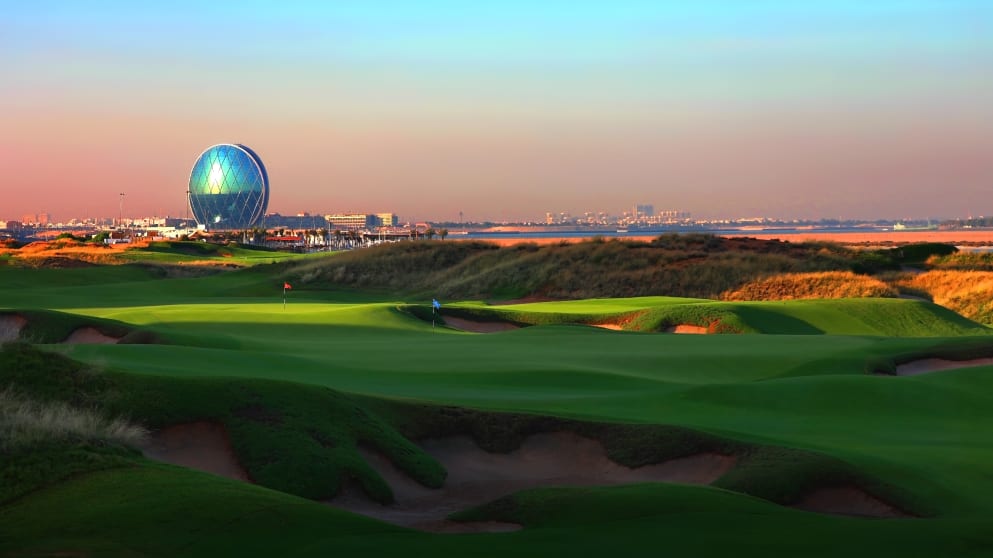 The Yas Links on Yas Island will be a new site for the HSBC Champions.

Rory McIlroy has had a long, extended holiday vacation following the 2021 calendar year and it will be a few more weeks before Rory makes his 2022 debut at the HSBC Champions event in Abu Dhabi starting on January 20th.

McIlroy has often started his season on what used to be the European Tour but it is now the DP World Tour.  Abu Dhabi hosts the HSBC Champions and there’s a new venue this year — the Yas Links on luxurious Yas Island — a resort and entertainment destination for many Europeans.

Rory will be making his 12th appearance but has never won in Abu Dhabi.  The event was played the past 16 years at the Abu Dhabi Golf Club but makes the big move this year to a location that the country is marketing as a vacation wonderland.

McIlroy won’t be the only big name in the field.  Collin Morikawa, the first-ever American to win the Race To Dubai, will be on hand, no doubt collecting a seven-figure appearance fee with McIlroy.

The event will also draw the elite players from the DP World Tour as this is one of their big-money Rolex Series events.

In fact, there will be back-to-back Rolex Series events with the Dubai Desert Classic (Jan. 27-30).