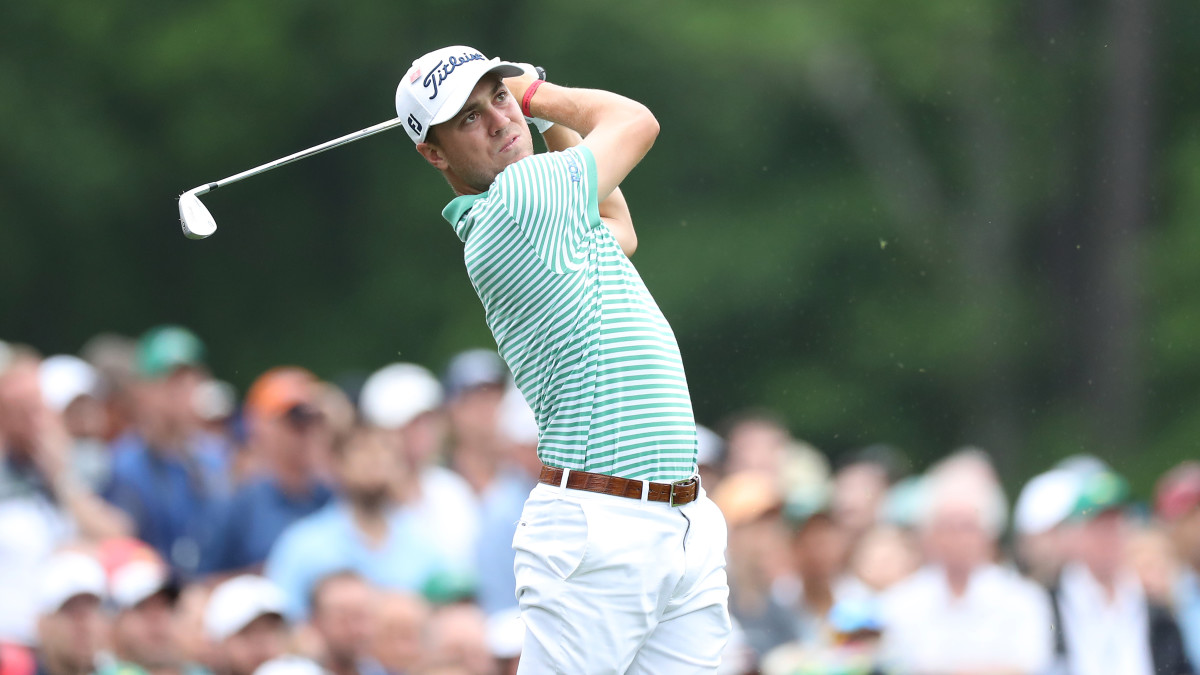 Justin Thomas plays his wedges with a lot of finesse (and thin divots).

Posted By: Tom Edringtonon: June 10, 2021In: The Lesson TeeNo Comments

It’s one of the oldest adages in the game of golf and basically it reminds us, if you are going to mis-hit a shot, you want it to be a little thin rather than a little fat.

That was so evident and so painful last week when Lexi Thompson hit back-to-back fat wedge shots into the final two holes at The Olympic Club and basically cost herself a U.S. Open title.

First rule of wedge play and iron play in general — you want your divots the size of bacon strips — not two pound submarine sandwiches.  Think back over your rounds and you’ve probably made more pars and birdies after hitting a shot a bit “thin” than you have hitting one fat.

Thompson’s struggles with wedge in her hands at 17 and 18 last Sunday once again brought to light how important it is to be good from 100 yards and in.  She could have saved herself on the 17th, she was short of the green but has no pitching skills under pressure.  She turned into a 20-handicapper and chunked a simple pitch.  Even if your skills aren’t that great, you can still get your shots around the hole but taking a more lofted club, say a seven-iron, a learning to run the ball up (comes in very handy in Scotland).

Today we’re taking a look at one of the world’s best with the wedges — Justin Thomas.

First thing you notice about J.T. is that he slows down his swing speed with shots inside 130 yards.  That’s a key for better wedge play.  Slower tempo and a more shallow clubhead path.  It’s one of Lexi’s downfalls, she’s way too steep and is what’s called a “gouger” in golf lexicon.

Sure, there have been successful “gougers” — John Daly comes to mind, but ask a world-class player like Nick Faldo and he’ll tell you about those “bacon strip” divots.

And remember — better to miss it a bit on the thin side then on the “fat” side.