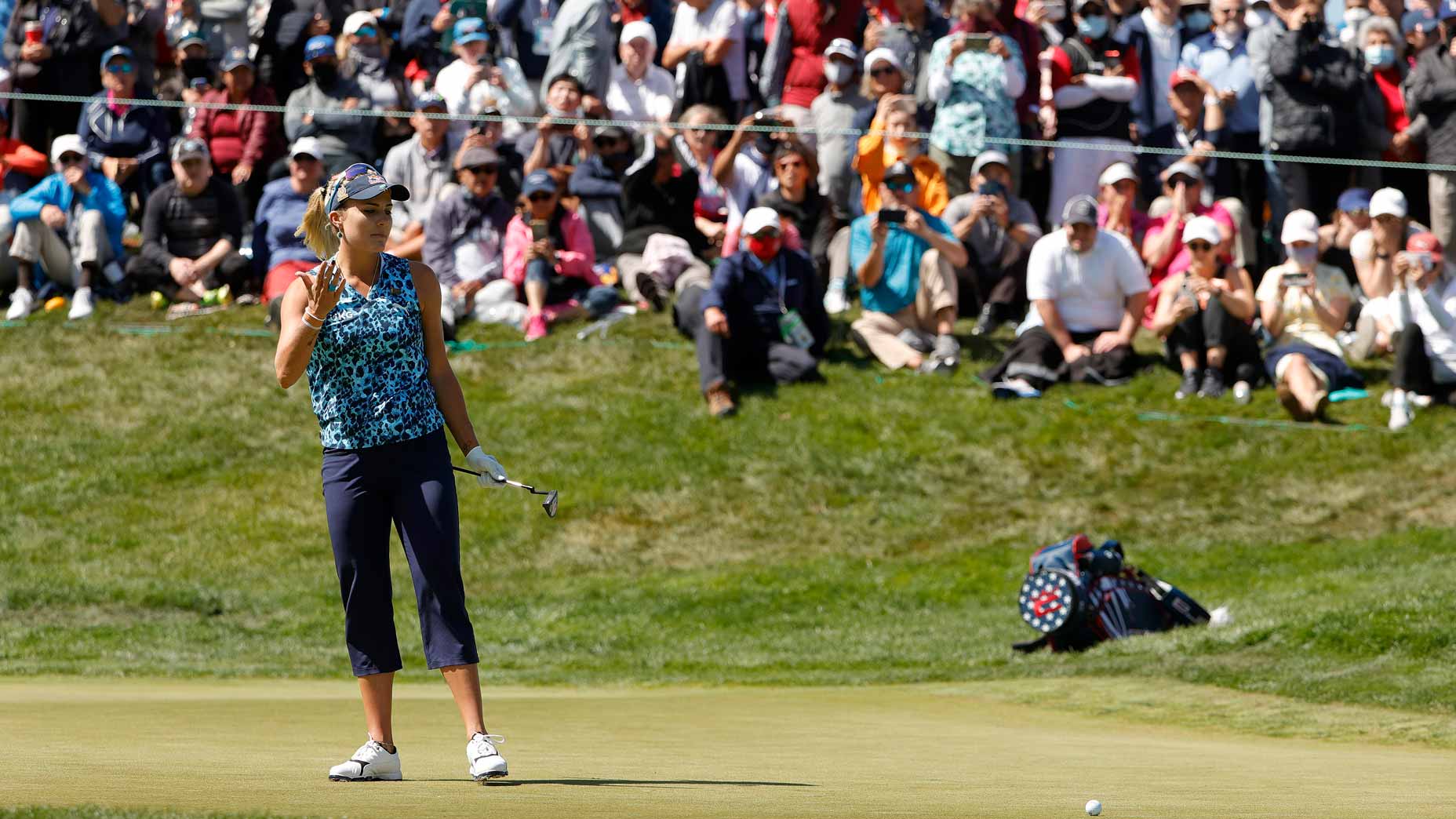 Lexi Thompson's putter betrayed her when she needed it the most.

U.S. Opens: Quick Looks Back And A Fast Look Forward

The just-completed 76th edition of the Women’s U.S. Open was a thriller, a nail-biter and living proof that once again the old “Olympic Club Jinx” took down yet another high-profile player who looked set to win a major championship.

The outcome was gruesome.

Lexi took a five-shot lead to the back nine and as Brandel Chamblee from The Golf Channel starkly put it:  “She needed a nine-shot lead.”

Tough to watch things come unraveled for Lexi when there were three holes made for her — back-to-back par fives (16 and 17) and a 325-yard par four (18th).  It boiled down to Lexi unable to hit two driving range wedge shots into the final two holes.  And somewhere along the line in her development as a player, someone forgot to tell her about the old “thin-to-win” adage, meaning if you’re going to miss a wedge shot, make sure it’s a little thin rather than a little fat.

Those closest to Lexi need to place a call to short game guru Dave Pelz and send young Lexi for a three-week stay with Mr. Pelz so she can learn what it means to have “short game skills.”

Speaking of short game skills, a new star appeared on the San Francisco horizon — New Jersey teenager Megha Ganne, who looked like a “Megha-Star” in the making.  Sure, the 17-year-old fell apart early, but after a bogey at 16, she birdied 17 then parred 18, holing a clutch seven-foot par putt to win low-amateur honors at three-over par — a shot better than Sweden’s Maja Stark.  “No disappointment at all,” Ganne said of the fact she didn’t win the tournament.  “Had a ton of fun.  It was a bit of a confidence builder,” as she went home and returned to school to finish her junior year.  And get this — she has NO social media accounts!

What’s next for U.S. Open champion Yuka Saso from the Philippines?  Perhaps its time for her to bid adios to the Japan LPGA Tour and get in there with the world’s best on a weekly basis and head for the LPGA Tour.  With the $1,000,000 first place money in her account, there’s nothing to prove over in Japan.  Let’s see what she can do as a regular competitor on the LPGA Tour.

The Olympic Jinx Takes Down Lexi:

Ben Hogan, Arnold Palmer, Tom Watson and the late Payne Stewart were all in prime position to win a U.S. Open at the Olympic Club, as was Lexi last Sunday.

Alas, they talk about the “Olympic Jinx” and it sure looked like it got hold of Lexi over the final three holes.

It’s an easy trip to the ladies to the next stop on the LPGA schedule.  They head over to another San Francisco golf landmark — the Lake Merced Golf Club, just across the lake from the Olympic Club.

Now On To Torrey Pines!

The final qualifying for next week’s U.S. Open at Torrey Pines wrapped up this week and the biggest name who failed to qualify was Rickie Fowler.  Phil Mickelson took to social media with a proposal to get Rickie into the event.

“I hereby designate my (no longer necessary) exemption to Rickie.”

Mickelson was given a special exemption by the USGA but with his victory at the PGA, he’s exempt into the U.S. Open for the next five years.  Unfortunately, he can’t “designate” his exemption to Fowler.  Rickie shot five-under for 36-holes at the Columbus, Ohio, qualifier and missed a playoff by one shot.

Click here to check out who qualified from the different locations across the U.S.

Bryson Has “No Issues” With Brooks Koepka:

Bryson DeChambeau was in Detroit early this week to promote the Rocket Mortgage event he won last year.

Of course the issue of his pseudo-feud with Brooks Koepka came up.

“I think a good jesting rivalry is good for the game of golf, nothing too extreme,” DeChambeau said.  “I’ve personally got no issue.  “It’s something that he’s up for discussion. If you want to talk to (Koepka) about that, you can. But I’ve got no issues.”