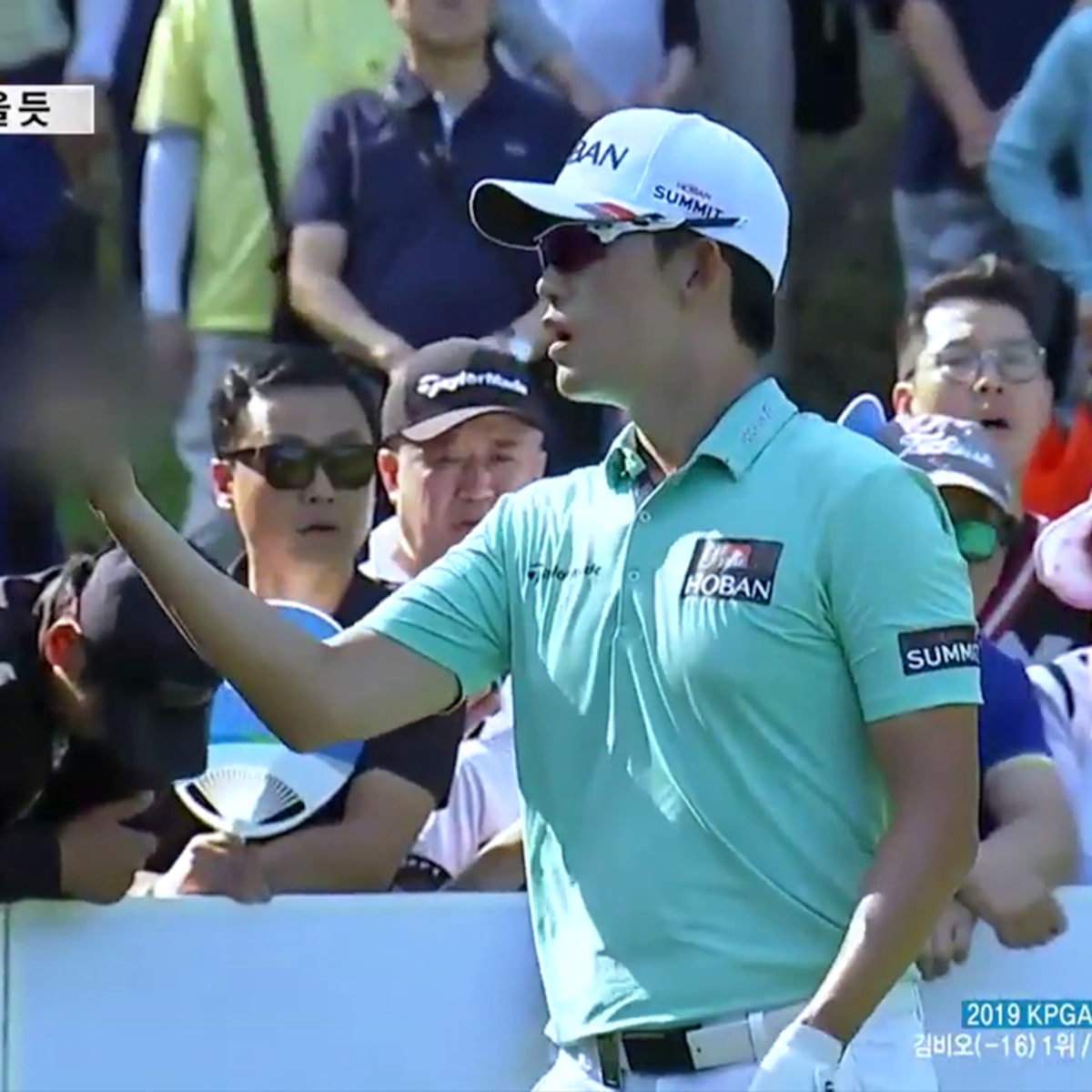 Bio Kim gave the old middle-finger salute to a spectator who distracted him.

You may or may not have heard the name Bio Kim.  He’s played in PGA Tour events and has spent the 2019 season on the Korean PGA Tour.

Last Sunday he was on his way to winning, get this — The Golf Zone County Sunsan for the DGB Financial Group Volvik Daegu Gyeongbuk Open.  And we thought last week’s LPGA event had the longest name ever.  So much for that.

Anyway, back to the now notorious Bio Kim.  Kim was on the 16th tee, making his driver swing when a spectator snapped a picture of him with a cell phone.  Distracted, Kim’s drive went awry and Kim threw a hissy-fit that included giving the offending spectator the old middle-finger salute.  Yes, he flipped the bird.

Kim went on to win despite the incident and he is the leading money winner on the KPGA Tour, or should we say, he was.  After he finished, Kim was called into an emergency meeting with the KPGA Tour big-wigs and he was hammered with a fine and a three-year suspension.

Word is Kim got down on his knees apologized and pleaded, unsuccessfully.  His fine amount to about $8,350 (American) but the three-year suspension hit hard.

Now he’ll have to find another place to play.