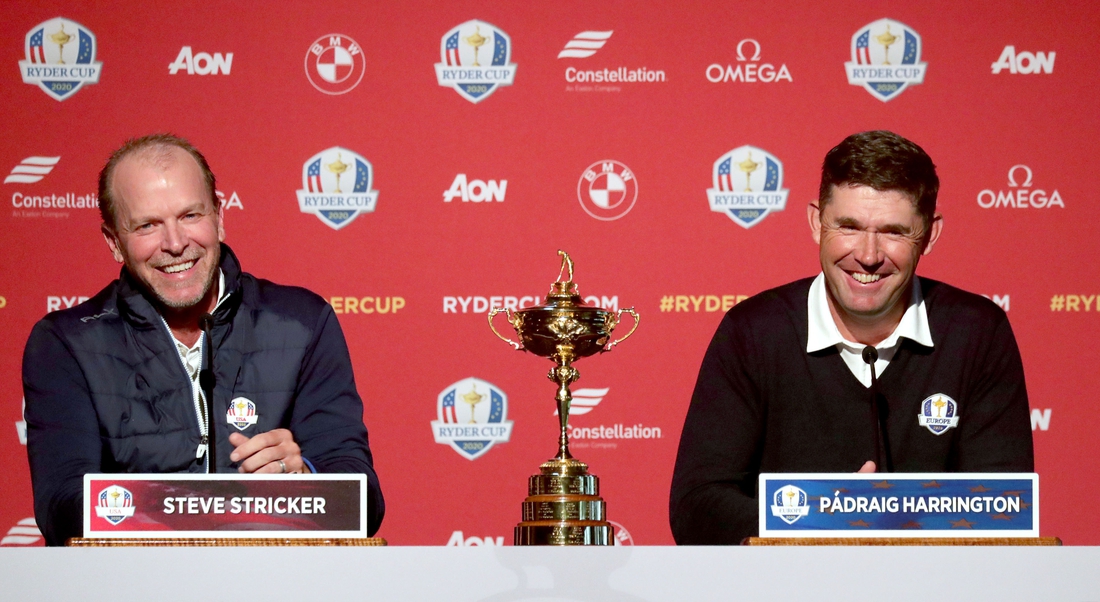 Steve Stricker and Paddy Harrington took boredom to a new height on Tuesday.

Was this really necessary?

Why in the name of Old Tom Morris was there a Ryder Cup press conference at Whistling Straits on Tuesday?

Let’s face it, Steve Stricker and Padraig Harrington are not the most compelling guys when it comes to interviews and as you might expect, they took boredom to new heights during this “It’s Only A Year Away” Ryder Cup team captains presser.

“It will be here quicker than you think,” declared Stricker.  Really?  Maybe Stricker has already gone out and purchased the family Christmas tree.  Maybe he’s got the Thanksgiving turkey in the oven.  After all, those holidays will be here before we know it.

This one should have been held at night — it was the perfect cure for insomnia.

They tackled the age-old setup question — does the home captain set the course up to favor his guys?  Who cares”  Golf is golf.  Typically one team makes a lot of putts, more than the other team and that team wins.

Oh yes, then there was the Phil and Tiger conversation.  Phil and Tiger as players on the 2020 Ryder Cup?  There’s a formula for another European victory.

By the time it was over, there really wasn’t much to talk about.

During the presser, there really wasn’t much to talk about.

The Ryder Cup is a year away and there’s a lot golf to be played.

This just wasn’t a great idea.