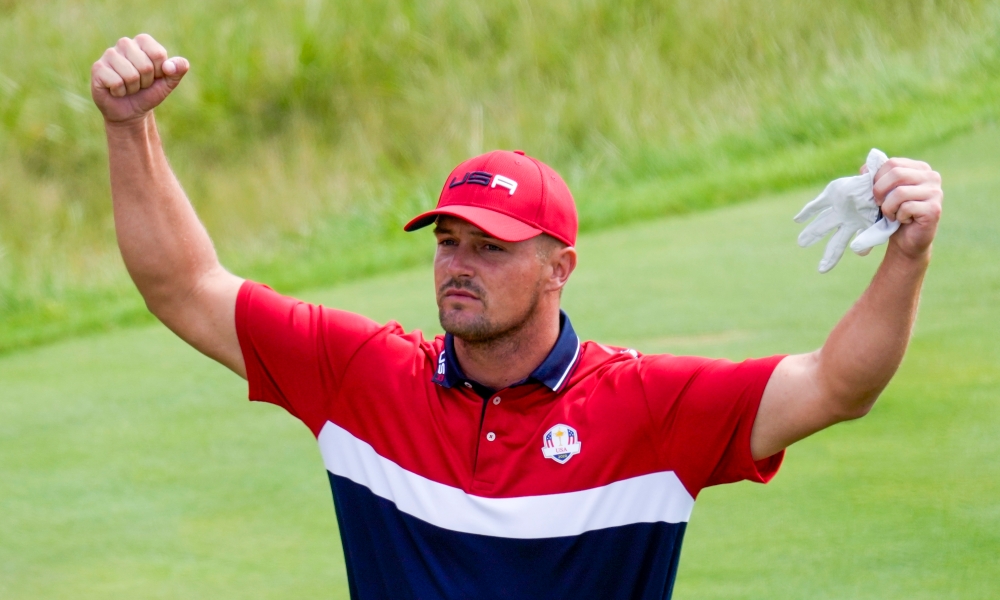 Bryson will flex his muscles against the big boys at the World Long Drive competition.

Bombs Away: Bryson DeChambeau Steps Up In Long Drive Competition

Bryson DeChambeau stirred up some pre-Ryder Cup concerns when he revealed that he went to Bobby Peterson’s One Stop Power Shop in Newton Grove, N.C., or as Bryson described it, “the middle of nowhere.”

DeChambeau got in some serious speed training for this week’s National Long Drive competition in Mesquite, Nevada, where the longest of the long come to play.

DeChambeau proved to be one of the most entertaining players at the just-completed 43rd Ryder Cup matches and he accomplished something unprecedented in Ryder Cup history when he led off his match against Sergio Garcia in the Sunday Singles by driving the par four first hole then holing a 41-foot putt for eagle to putt Garcia on the defensive from the start.

DeChambeau went on win that match, 3-and-2 as the U.S. routed Europe with a record-setting 19-9 victory.

This week DeChambeau tests his extraordinary skills against the longest in the world and Kyle Berskhire will be defending the title he won last year.

In his first session of six drives, Bryson launched one 391 yards, but his “first-tee jitters” were apparent. He missed the grid with his first two drives before connecting solidly.

By his third session, a more comfortable Dechambeau started putting on a show. His longest drive was 403 yards.

In his second-to-last session, Bryson blasted one that measured 412 yards, his longest of the five sessions. It was also just one yard behind Scottie Pearman.  Pearman entered this year’s championship as the world’s third-ranked long driver. DeChambeau finished second in his group of 16, just behind Pearman.

“Stepping up to that grid for the first time was different,” said DeChambeau, just moments after hitting his first 400-yard drive of the competition. “On Tour, I try and control the adrenaline and allow myself to be more in control and hit it down the middle of fairway. But during this, you’re trying to use that adrenaline to get you to it hit farther and farther, and straighter, obviously. This is a totally different scenario and I have to keep getting comfortable with it.

The Professional Long Drivers Association action started on Tuesday with five groups of 16 players for a total of 80 competitors.  From there, 12 from each group advanced to the final 64 on Wednesday and it gets whittled down from there until there are just 16 players left by Friday afternoon for the finals.

Sergio Garcia is no doubt tired and weary from competing in the 43rd Ryder Cup last week but the former Masters champion will be in the field at the Sanderson Farms Championship starting Thursday to defend the title he won last year.

This one, like many fall PGA Tour events, is short on name players but long on aspiring players.  Will Zalatoris is now a full-fledged PGA Tour member and would have made it to the Tour Championship last year given his performance but he didn’t have full status and missed the year-ender.

This year, Zalatoris will try and replicate last season with one exception — he’s looking for that first victory.

Sam Burns, a winner last season is in the field along with Canadian star Corey Connors.