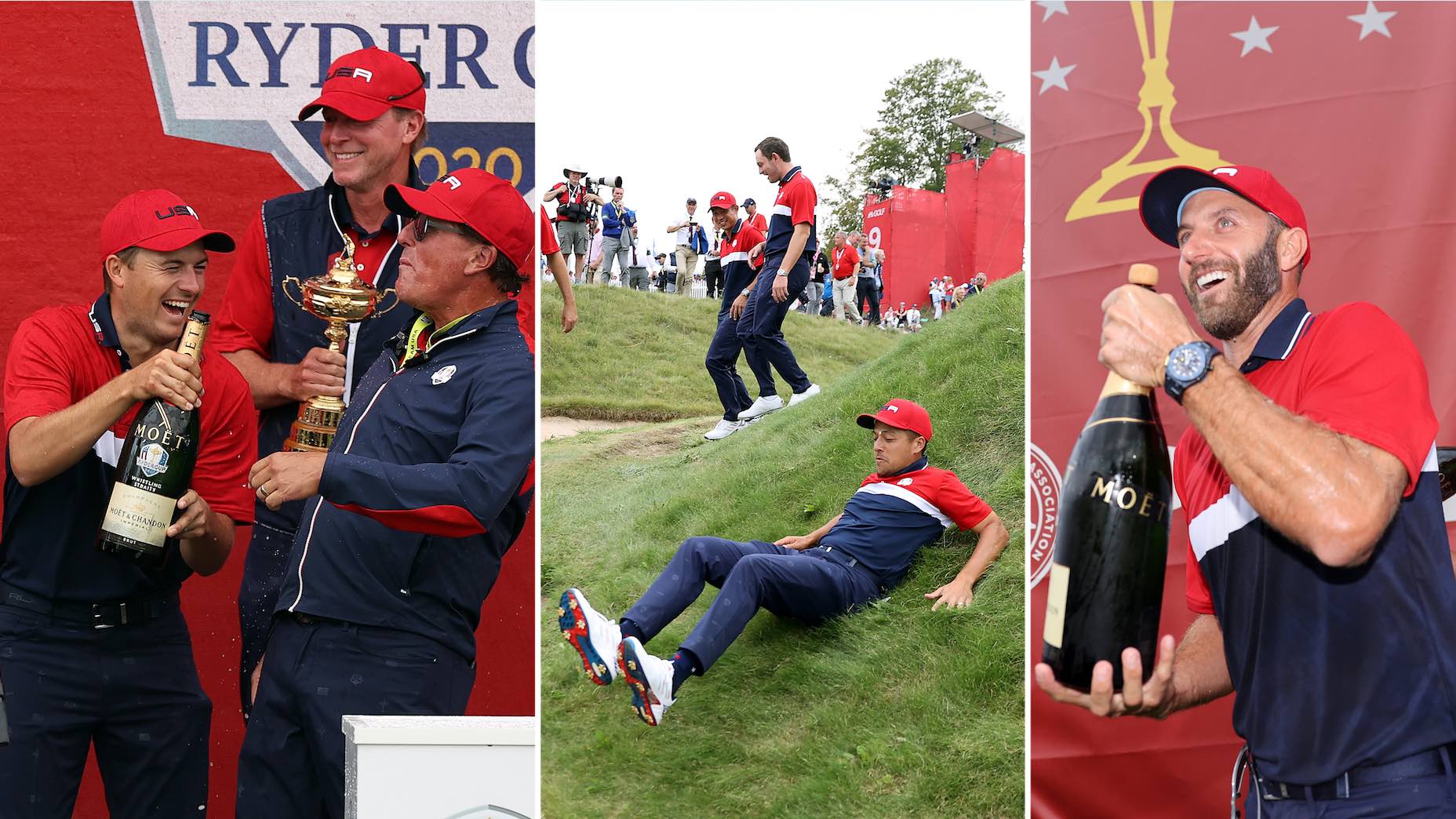 There was a lot to celebrate for team USA on a sunny Sunday afternoon in Wisconsin.

Somewhere, no doubt, various members of the U.S. Ryder Cup team may still be celebrating — and they should.  This one confirmed what was being only whispered before the matches — mainly, this U.S. team was capable of blowing away the European lads.

With the hangovers cured and the final hole conceded in the Matt Fitzpatrick-Daniel Berger match, it’s time to take a look at what lies ahead for both teams.

An Incredible Future For Team USA:

“I think you’re gonna see this Ryder Cup team for the next decade,” declared Patrick Cantlay, your FedEx Cup champion and PGA Tour Player Of The Year.

Cantlay’s right, especially when you consider the ages and makeup of the U.S. team:

Cantlay’s right as it looks like this American team is built to last for a while.  Spieth called the blowout 19-9 victory “A massive stepping stone for this team.”  Still, Jordan implied that the biggest test is yet to come and that this team needs to prove itself further by winning on foreign soil when the matches head to Italy in 2023.

Total Changing Of The Guard:

There was no Phil Mickelson on this team.  No Tiger Woods and even no Patrick Reed.  The Reed lovers were crying foul when Reed was left off this team.  Truth be known, captain Steve Stricker did a whiz-bang job of collecting young personalities who get along and respect each other.  They just went out and played.  No need for those bombastic yelling moments by Reed, who is no longer “Captain America.”  Reed further showed his true colors in Paris back in 2018.  He can be self-centered and disruptive, even to the point where he complained about playing with Tiger Woods.  Unless he becomes an automatic qualifier, he could get passed over the next go-round as well.  As for Woods, his best days are behind him and it would be incredible if he can simply walk well and play again in a limited capacity.  No need for a “ceremony” spot for Woods on any future teams.

It was a changing of the guard.  The Old Guard didn’t get much done and when that happens — you need to change the guard.

While the team sat together at the mass media interview, most were smiling, downing their favorite adult beverages and it was so noticeable that Koepka sat in the back row, sipping on his favorite beer, looking surly, kinda like that guy at the bar that doesn’t talk to anyone and you better stay away from because he’s likely to start a fight if you rub him the wrong way.  The “worst deportment” moment of the matches came Saturday afternoon in Four-Ball play when Koepka didn’t like where Daniel Berger’s drive wound up on the 15th hole and when the ruling went against him by not one, but two officials — Koepka dropped an “F-Bomb” on them.  He should have been hit with a “loss of hole” penalty.  With Koepka, it’s still all about Koepka.  He tried to blame the media for his own Ryder Cup disparaging comments before play began.  “Y’all made it negative,” Koepka said of his plain, very negative comments.

Final note on Koepka, someone should have told him to look around at the other 11 players sitting with him and told him he’s looking at the reason(s) he won’t win 14 majors.

The European team looked old and tired and played old and tired.  Rory McIlroy looked old and tired even though he’s still young compared to the core of Europe’s “experience.”  With Lee Westwood turning 49, Poulter and Casey in their 40s, it’s up to the Europeans to figure out a way to rebuild around world’s No. 1 Jon Rahm, young Viktor Hovland and Matt Fitzpatrick.  Hovland played like a deer in the headlights, Fitzpatrick doesn’t have enough firepower for big courses and Rahm, of course, is Rahm.  He had 3 1/2 points for Europe the first four sessions, the only player who could match up with the difficulty of Whistling Straits.

Shane Lowry couldn’t make the American squad, nor could Wiesberger.  Big problem for Europe is that a lot of the young talent on the European Tour is from South Africa.  Garrick Higgo is one of that tour’s best young players and after winning a WGC event last season, he’ll imbed himself on the PGA Tour this season.

The next Ryder Cup venue is the Marco Simone Golf Club outside Rome and it’s hardly a traditional European site.

So much rebuilding to do and so little time to accomplish it.

Still, if this gifted, talented U.S. team wants really prove itself — the task at hand is to go retain the Ryder Cup on foreign soil.

It’s going to be an interesting 24 months.