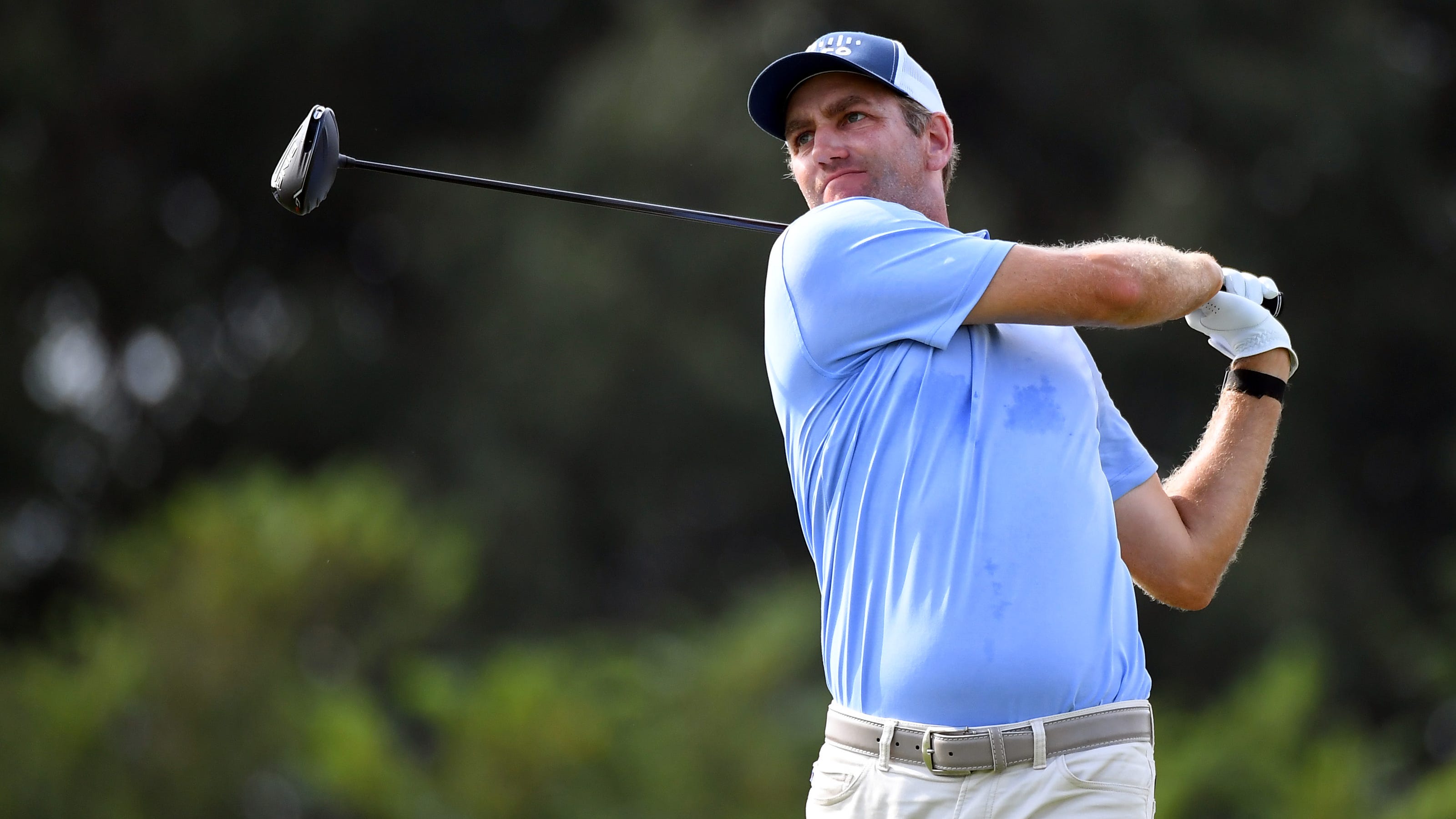 Brendon Todd leads Ben An by one shot heading into the final round.

Brendon Todd found enough fairways on moving day at the WGC-St. Jude to take a one-shot lead into the final round.

Todd, the overnight leader, made the turn at one-under but started finding some  of the thick rough on the back nine at TPC Southwind.  Three birdies, three bogeys and three pars later, he finished with a one-under par 69 and stands at 12-under, a shot better than Ben An.

An’s 66 took him to 11-under and he’ll be in the final pairing with Todd on Sunday.

Two big names will play in front of them — Rickie Fowler and defending champion Brooks Koepka.  Fowler, playing with Todd, equaled his 69 and posted 10-under.  For Koepka, it was a rough start — he missed a birdie from inside four feet on the first hole then made a mess of the par four second and made double there.  He turned in two-over and looked to be shooting himself out of contention.  Koepka bounced back with three straight birdies to start the back nine.  He added two more at 14 and 16 before making bogey at 17.  He finished with 68 and stands at nine-under, just three back of Todd.

Justin Thomas was alone at eight-under while Phil Mickelson shot 66 and is one of four players at seven-under.

Low round of the day came from England’s Tom Lewis.  Lewis made 10 birdies on his way to a course record-tying 61.  He’s in at six-under.

Branden Grace has withdrawn from the Barracuda Championship after he tested positive for COVID-19.

Grace became the eighth PGA Tour player to test positive for COVID-19 and he withdrew from the tournament on Saturday.

“Last night, I was tired and thought it had to do with the altitude. This morning, I notified the PGA Tour about my symptoms before going to the golf course,” Grace said in a statement. “I wanted to get tested out of respect for my peers and everyone involved with the tournament. While it is unfortunate given my position on the leaderboard, the most important thing is our health.”

Grace was tied for second place through two rounds.  He must now self-isolate for 10 days, which will also knock him out of next week’s PGA Championship.

According to a Tour statement, Grace’s caddie tested negative for the Coronavirus and additional contact tracing didn’t produce any positive tests.