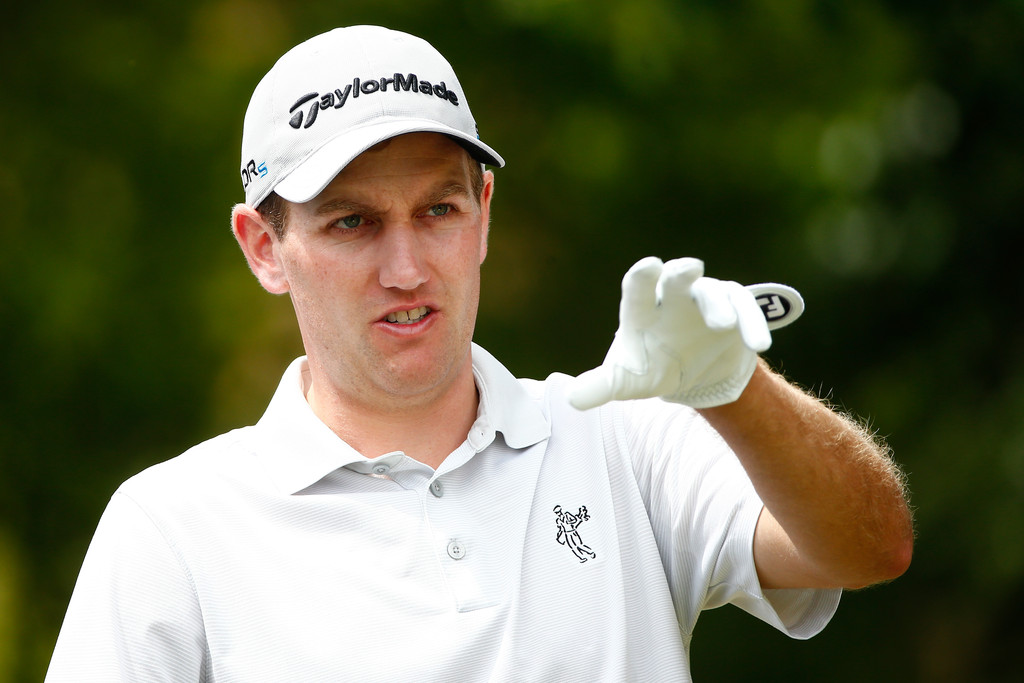 They got out early Friday at the TPC Southwind and by early afternoon, it was Brendon Todd leading at the halfway mark of the WGC-St. Jude.

Todd continued to steadily work his way around the soft layout and followed his opening 64 with a 65 that cut six shots off overnight leader Brooks Koepka’s second day effort.

Kopeka’s putting cooled off considerably but there were a lot of near misses.  Koepka missed at least four times inside nine feet.  At the par four second hole, he three putted from four feet for double-bogey.  His 71 left him in a trio at seven-under.  Chez Reavie (66-67) and Ben An (68-65).

Rickie Fowler’s strong play continued.  His 67 got him to nine-under, just two back of Todd.  Fowler and Todd will be paired on Saturday.

Rory McIlroy rebounded with 66 and got into the red at one-under.  Bryson DeChambeau’s day was off kilter.  He had three bogeys and a double on his card.  He’s at even par.

The field had a good morning to play.  The entire field finished as the afternoon storm clouds began to form.

Schwab Has Slim Lead At Barracuda:

Austria’s Matthias Schwab reached plus-20 points Friday and leads by one shot at the Barracuda Championship.

Maverick McNealy is right on his heels, he has 19 points after two good days on the Tahoe Mountain course.

Emiliano Grillo will start the third round just two back of the leader, he’s plus-18.   Ryan Moore, the other first round co-leader, was in with plus 16.