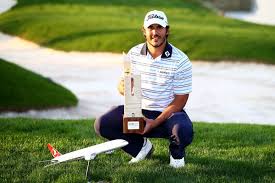 Normally, Brooks Koepka would be defending his title this week at the Turkish Airlines Open.

Koepka won the tournament last year, shooting 17-under par to edge Ian Poulter by a shot.

But Koepka will not be at the Montgomerie Maxx Royal when play starts on Thursday. Koepka has decided to give up his European Tour membership and will focus his efforts on the PGA Tour for the 2015-16 season.

From his performance in the Frys.com and Shriners, it was evident Brooks needed some time off to charge his run-down batteries. He played poorly in both and won’t be back in action until Dec. 3 when he plays in Tiger Woods’ little deal, the Hero Open.

Koepka was the 2014 Rookie of the Year on the European Tour and his star on the PGA Tour has been rising rapidly. He’s now ranked 12th in the world.