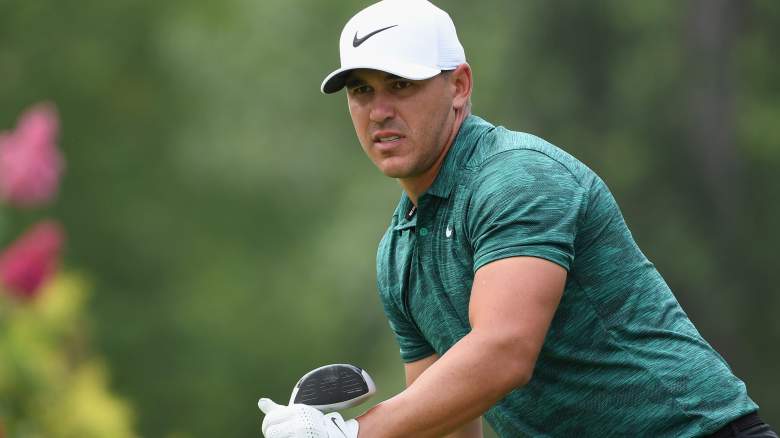 Brooks Koepka is scheduled to play in Saudi Arabia at the end of the month.

Evidently Brooks Koepka is no where near ready to play golf.

He’s finally broken radio/internet silence and put out videos of him working out his damaged left knee.

Brooks is working for the most part using his own body weight, there are some weights in the video and you’ll see plenty of grimacing.

Makes you wonder how serious the injury is and when he might actually be able to play golf again.

He was sidelined for the Presidents Cup, he’s been working on that knee for four months now.  He might have been farther along at this point if he just opted for surgery after his season rather than trying the stem-cell injection therapy.  Evidently it wasn’t that effective.

When he spoke to Tiger Woods a few weeks before the Presidents Cup, Tiger told everyone Brooks was rehabbing.

When will he be able to hike six miles a day for six straight days?  That’s what he’ll be doing when he returns to play.  How will he fare if he’s faced with an awkward stance?

Tons of questions, no answers.

No answer as to his estimate return date.

He’s scheduled to play in the controversial Saudi International,  Jan. 30 thru February 2.   Rory McIlroy and Tiger Woods were offered huge appearance fees by the Saudis — estimated to be as high as $3,000,000.  With Koepka ranked No. 1 in the world (for now) there’s no reason to believe he wasn’t offered the same amount.  So that’s got to be a bit of motivation for Brooksie.

In the meantime, it will be interesting to see where this leads.  If he’s got to travel and show up and play practice rounds, you’d figure he better be able to start practicing in the next week or two.