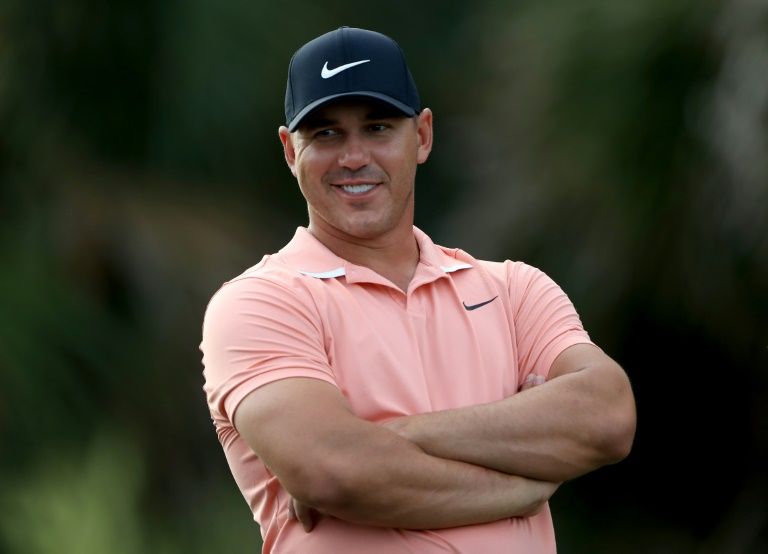 Brooks Koepka told the TV announcers "they should shut up and listen."

Brooks Koepka has no interest in wearing a microphone on the golf course.

That didn’t stop him from coming up with the best R-rated line last week at the Charles Schwab Challenge.  Standing off the green, watching Jon Rahm chip in for birdie, Brooksie casually remarked:  “Pretty f#%king good there.”  That one about knocked Jim Nantz out of his seat at the 18th tower.

Fast forward to Harbour Town Golf Links and Brooksie has some choice words for the talking heads that make up the broadcast teams:

Good point by Koepka.  “I don’t understand why they want us to wear a mic when there’s a boom mic that stands 10 feet away from every shot that I hit.”

World’s No. 1 was no ball of fire.  Rory McIlroy looked like he was suffering from a Sunday In Fort Worth hangover.  He closed with 74 at Colonial and on Thursday, struggled for most of the day.  He had to birdie his final hole, the ninth, to shoot one-over par 72.

Dustin Johnson was a shot back of Koepka, but it could have been so much better for D.J.  He was three-under for his round when he left his tee shot at the par three hanging right — splash!  His water-ball led to a triple-bogey six but he fought back with two birdies on the way in to post 68.

This week’s mic-wearer at the RSM Classic is Canadian Adam Hadwin.  It was an interesting eavesdrop.

At the par four 13th, Hadwin found a fairway bunker on the left side of the hole.  He moved one rock from behind his ball then reached for what he thought was another rock.  “I think that’s a violation,” he said to his caddie as what he thought was a rock, was actually a tiny clump of sand.  “I thought it was a rock — I grabbed it and it dissolved in my fingers — it was sand.”

Hadwin sent for a rules official, who verified what Hadwin already knew.  It was indeed a violation, a two-shot penalty.

“Thanks, screw you but thanks,” Hadwin chuckled as the tour official drove off.

Hadwin went on to shoot over par — 72 — same fate Rickie Fowler suffered at Colonial on day one.

For the record, the un-miced Fowler shot 67 on Thursday.