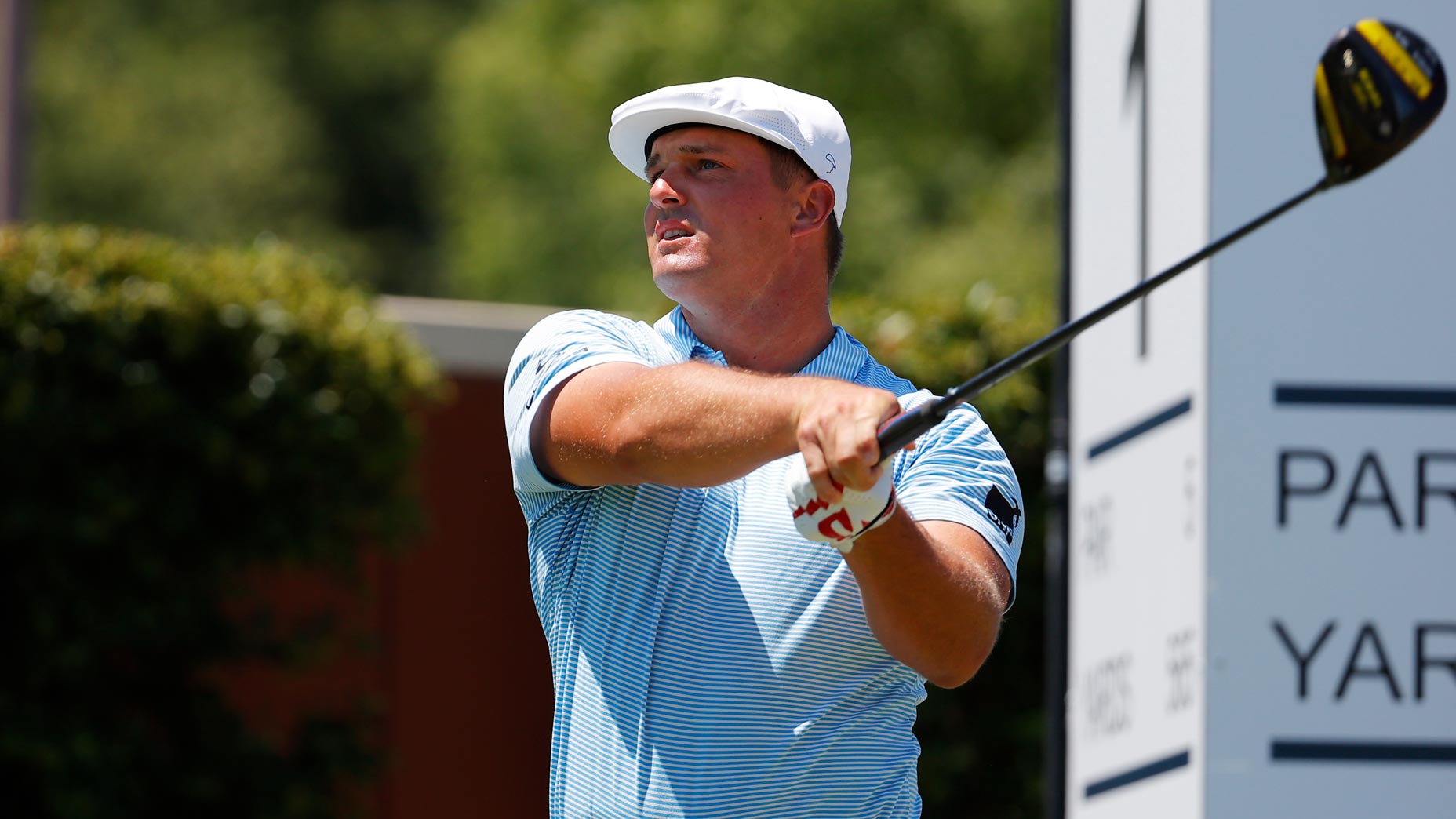 Earlier in the week, Bryson DeChambeau was bombing drivers over the net at the end of the Harbour Town practice range.

His powerful swings were flying the barrier, ending up in the eighth fairway at the Harbour Town Golf Links.

Word was sent back to DeChambeau to “cut it out!”

During Thursday’s first round, he didn’t get many chances to hit those bombs around the tight, tree-lined classic layout.

“Around the golf course, I couldn’t unleash the Kraken today. There’s no way I could unleash it. It was just too tight out there,” said DeChambeau, whose first-round 67 has him three off the lead. “The wind was swirling all day, and I couldn’t feel comfortable to give it a good whack, but I was still able to manage keeping it mostly in the fairway.”

He only hit his driver four times.  The final rip came at the par four 16th where he hit it 335 yards and had just 70 yards to the green.

“It’s scary at some points in time for me because I’m like, how do I fit it in there rather than just trying to give it my full blow that I’m comfortable with, but that’s a part of the game,” he said. “We don’t play the same course every week, and you’ve got to adapt.”

Daniel Berger Once Again Under Par:

Last week’s playoff winner at the Charles Schwab Challenge — Daniel Berger — had another good round Thursday at the RSM Classic.

Berger opened with a four-under par 67 — his 28th straight round of par or better on the PGA Tour.

Collin Morikawa Looking For Another Weekend:

Collin Morikawa has made 21 straight cuts to start his professional career.  After opening with a three-under par 68 on Thursday, he’s in position to make it 22 straight.

Morikawa is chasing the number 25 — the number of cuts Tiger Woods made to start his pro career.

They’re going really low at the World Golf Village for this week’s stop on the Korn Ferry Tour.

Vince India and Brett Coletta both shot rounds of 63-66 and are 15-under par at the 36-hole mark of the KFT’s second stop since the re-start.