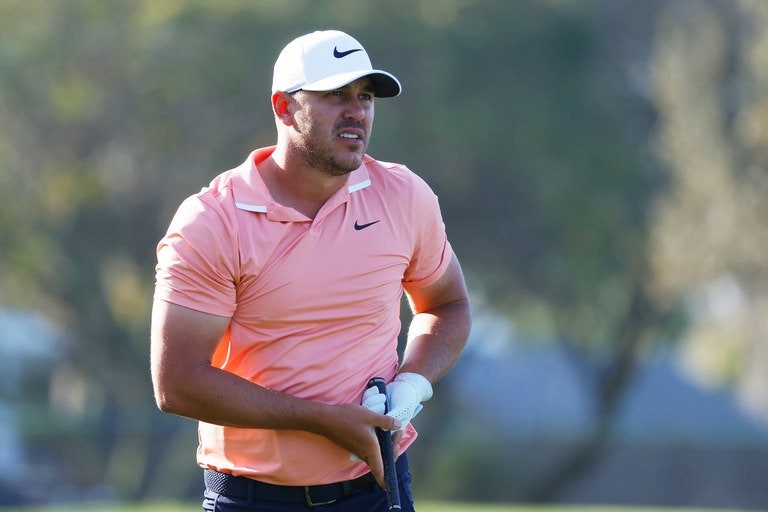 Brooks Koepka says his game is equal to excrement.

Brooks Koepka Pretty Blunt About The State Of His Game

On Saturday, Brooks Koepka shot the highest score of his PGA Tour career — a nine-over par 81 for the third round at the Arnold Palmer Invitational.

Koepka bounced back on Sunday with a final round 71 to finish nine-over par, registering an undistinguished tie for 47th.

Koepka was pretty terse afterward when he assessed the current state of his game:

When word of Koepka’s words get back to The Sheriff Of Nottingham (aka tour Commish Jay Monahan) some fines might be coming his way.

To which Koepka quickly added:

“Well, fine me,” he said with a laugh, before continuing on about his putting. “I found something with my putting, so my putting, the touch is back. I feel very confident with that. But still close on the swing, sometimes it’s there and then sometimes it’s not.”

Koepka opened with rounds of 72-73 then came the 81.  He refused to let playing partner Kyoung-Hoon Lee take a selfie of himself and Koepka after the round.

Obviously Koepka is not a happy camper and he shouldn’t be.  It wasn’t much of a showing after missing the cut last week at the Honda.

He’ll play this week at The Players then the following week at the Valspar followed by the WGC Match Play in Austin, a run of five straight weeks, actually, four and a half.