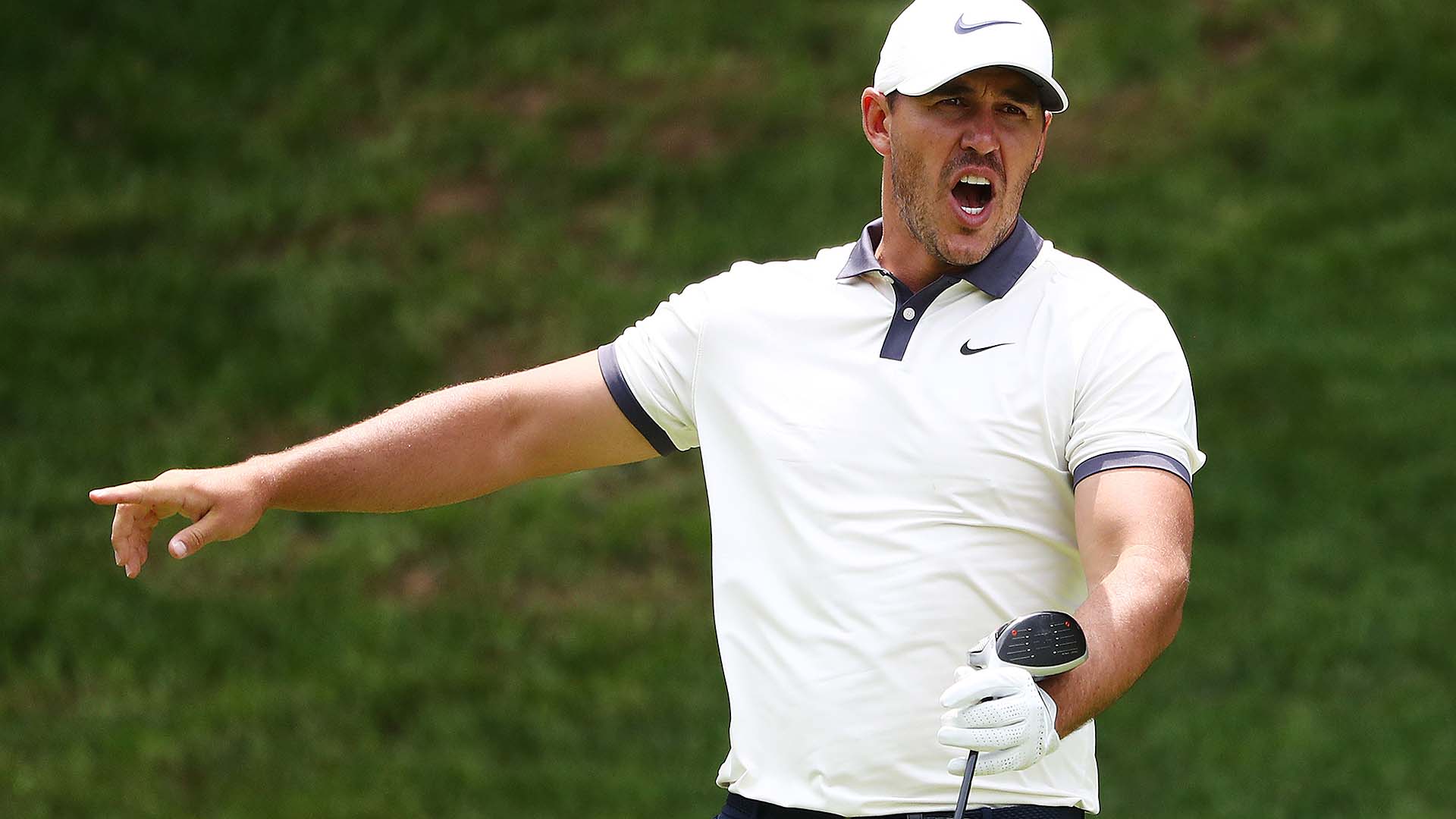 Brooks Koepka needs to make a decision soon if he's going to have knee surgery.

Don’t look now but the No. 1 player in the world may be headed for knee surgery.

It wasn’t a real stunner earlier this week when Tiger Woods announced that Brooks Koepka won’t be playing in the Presidents Cup next month.

In his statement, Woods dropped the big hint that surgery may be Koepka’s only option if he wants to get back to full healthy in 2020.

“We’re just waiting on what the surgeon says and what Brooks is going to do,” U.S. Presidents Cup Captain Tiger Woods said before the Koepka’s Out announcement. “He is getting other opinions on what are his options. You want to go through as many different opinions as you possibly can before you decide what you are going to do.”

If your talking to a surgeon or surgeons, then obviously surgery is in the conversation.

Here’s the timeline on Koepka’s injured left knee, which turned out to be a partially torn patella tendon:

October 2, 2019:  Koepka reveals that he had the stem cell procedure.  “I had some stem cell done on my knee.  Spent the first, probably three, four weeks rehabbing that and been back hitting balls.

October 18, 2019:  Koepka withdraws after the second round of the CJ Cup in South Korea, made this statement: “During the course of Friday’s round, I slipped on wet concrete aggravating a previous injury to my left knee. After consulting with my doctor, I have been advised to withdraw from the CJ Cup and head home for further tests. I appreciate everyone’s concerns and support. I’ll keep you posted as I learn more.”

There was no more posting from Koepka until earlier this week.

Koepka doesn’t have a lot of time to waste.  If he’s going to have surgery to repair that tear, he needs to have it sooner than later if he wants to play in the 2020 Masters.

Brendon Todd’s going for three-straight, a rarified-air accomplishment on the PGA Tour and he got off to a decent start Thursday at Sea Island.

Todd opened with a 66 on the par 70 Sea Side course and was three back of the leader — Webb Simpson.

Simpson, who started slow, finished fast and shot a seven-under par 65 on the par 72 Plantation course.  “I was one-over after five holes and the guys I’m playing with are making a bunch of birdies.  I got it going pretty well on my second nine,” Simpson said.  he played the back nine first and made the turn at one-under then lit it up with six birdies on the front nine.

The weather was perfect for this season-ending event and scores were low.

Cameron Tringale and Kyoung-Hoon Lee were six-under (64s) on the Sea Side course while Rhein Gibson shot six-under (66) on the Plantation course.

In all, 65 players shot two-under or better.  Defending champion Charles Howell III shot a two-under par 68 on the Sea Side course.