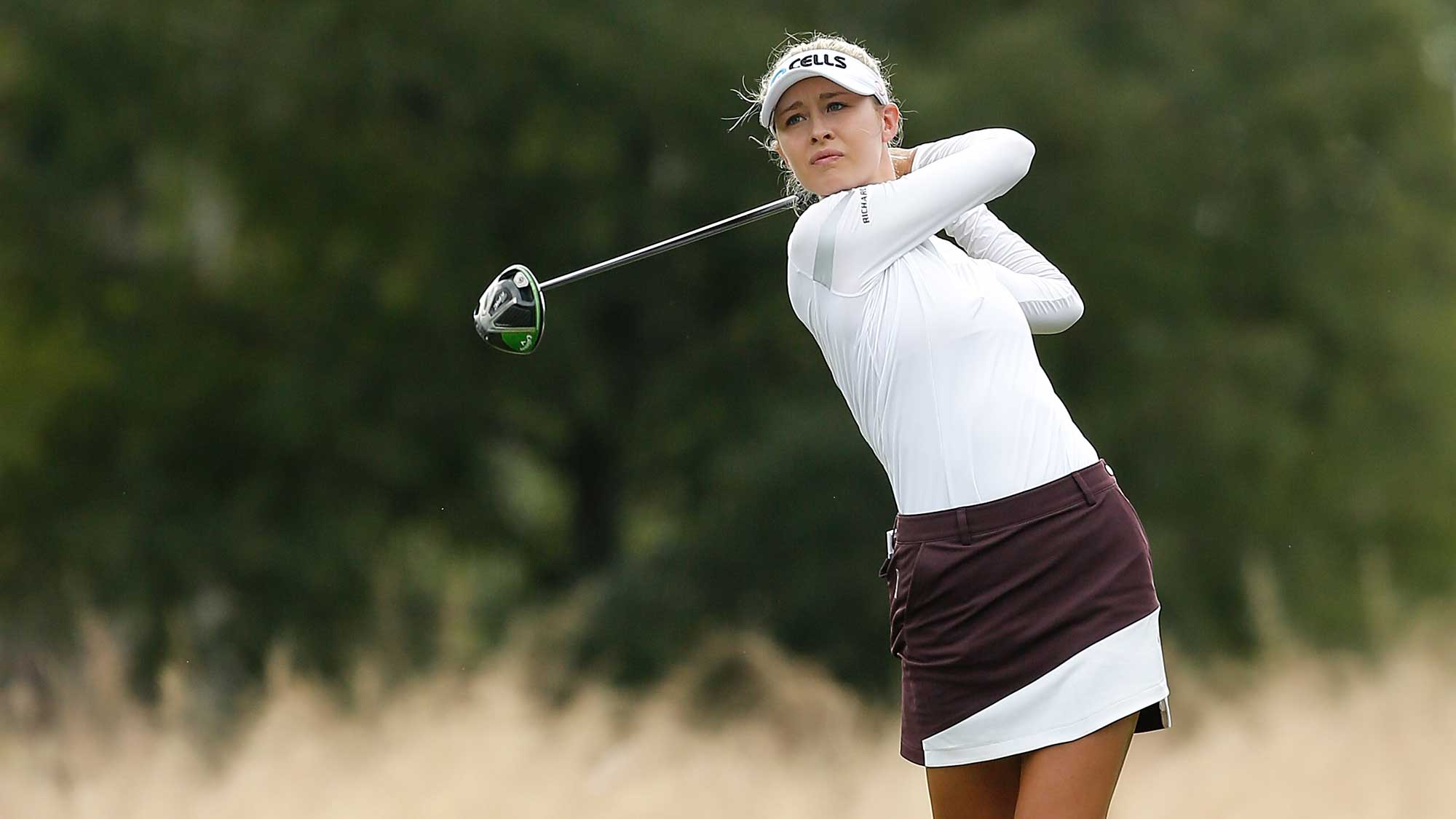 Nelly Korda was four-under for her final three holes Thursday.

It was a pretty indifferent round Thursday for Nelly Korda on opening day of the cash-laden CME Tour Championship.

The No. 3 player in the world, highest ranking American, was just two-under for her first 15 holes.

Then things got really interesting in a hurry.  Korda finished birdie-eagle-birdie and finished with a five-under par 67 that left her just two shots behind first-round leader Sei Young Kim of South Korea.

Korda was tied for second along with England’s Georgia Hall and So Yeon Ryu, runner-up at the U.S. Open last summer.

Kim, a nine-time winner on the LPGA Tour and the tour’s 2015 Rookie Of The Year, had a strong outing with five birdies and an eagle at the par five 17th.

Conditions were good for low scores at the Tiburon Golf Club, the Naples weather was perfect.

World’s No. 1 Jin Young Ko, winner of all the major LPGA awards this year, got off to a slow start with a one-under par 71 that left her tied for 22nd.

Defending champion Lexi Thompson finished with a two-under par 70 that left her tied for 17th.