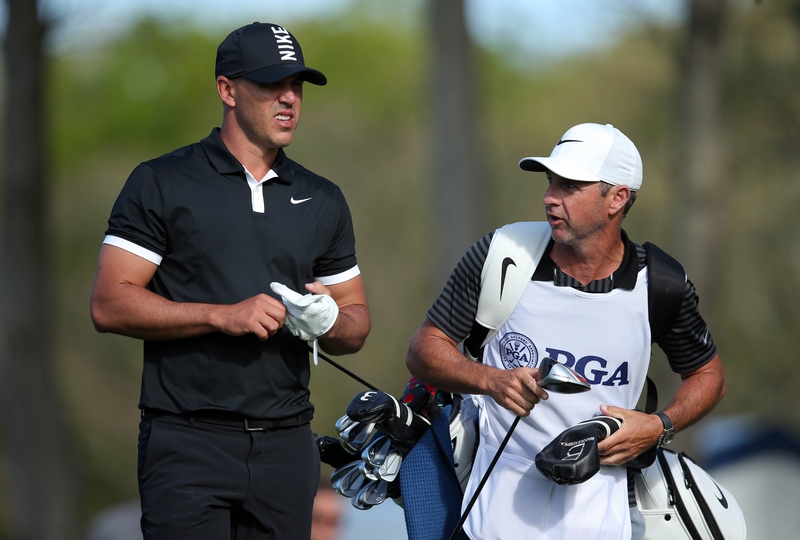 Will an equipment company dangle big dollars in front of Brooks Koepka?

Brooks Koepka: Will He Resist The Big Money Chase?

You’ve seen it over the years.

Biggest downfall has been the age-old equipment change.

Right now Brooks Koepka has a mixed bag of clubs — looks like he was at a big golf shop and couldn’t make up his mind.

He has a TaylorMade driver and fairway wood.  He’s got an old Nike 3-iron that he uses off the tee and for long approach shots — a survivor from the days when Nike was actually in the equipment business.  He has Mizuno irons — four through pitching wedge.  His other two wedges, sand and lob are Titleist Vokey wedges.  He uses a Scotty Cameron putter and Titleist ball.

Brooks still has the Nike apparel deal — witness by the fact that he and the rest of the Nike guys were forced to wear those awful NIKE, vertical lettering caps.

Hopefully Koepka won’t fall into that old equipment trap.  Rory McIlroy chased the big bucks with TaylorMade and really hasn’t blown anyone’s socks off since then.

TaylorMade went out and grabbed Tiger Woods, hoping for a full recovery and that has paid off.  Woods has all TaylorMade clubs with the exception of old faithful — 14-major winning Scotty Cameron.

Most equipment companies, and there aren’t many left, demand that most of the clubs in the bag be theirs.

What Koepka has is working quite well — so why change?

If Brooks wants more dough — he can always take bids from other clothing companies and there’s always the space on the bag.

What’s next for him?  Well considering he’s won two-percent of his PGA Tour events and around 20 percent of his majors — look for him to be right there a Pebble Beach.

With the same equipment for now and the near future.