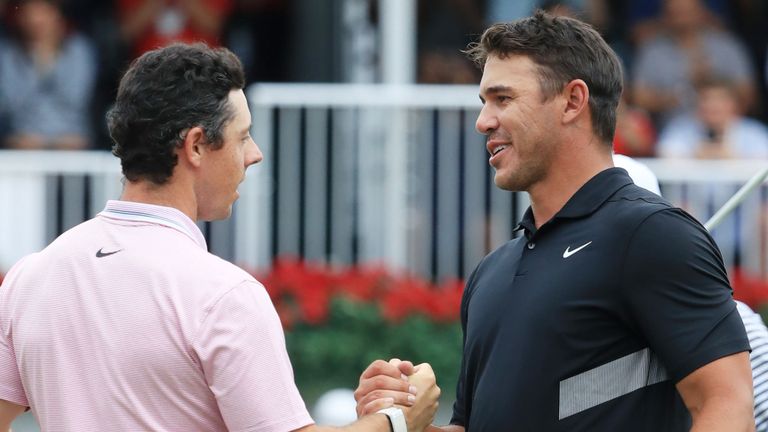 Koepka or McIlroy? Who will the tour players select?

Brooks Or Rory? Who Will Tour Players Vote For As POY?

Sure, Matt Kuchar and Xander Schauffele are on the ballot.

But everyone knows that the PGA Tour  Player Of The Year  balloting will come down to either Brooks Koepka or Rory McIlroy.

Question is — which one with the majority of PGA Tour players vote for?

Unlike the PGA of America, which uses a definitive, structured points system, the tour’s choice is voted on by the players themselves.

Earlier this week, Koepka was named the PGA of America’s guy.

Odds are it will be Koepka and perhaps that’s because of some perceived favoritism considering that McIlroy is the face of the European Ryder Cup team.

Which means Koepka could win for the second straight year.