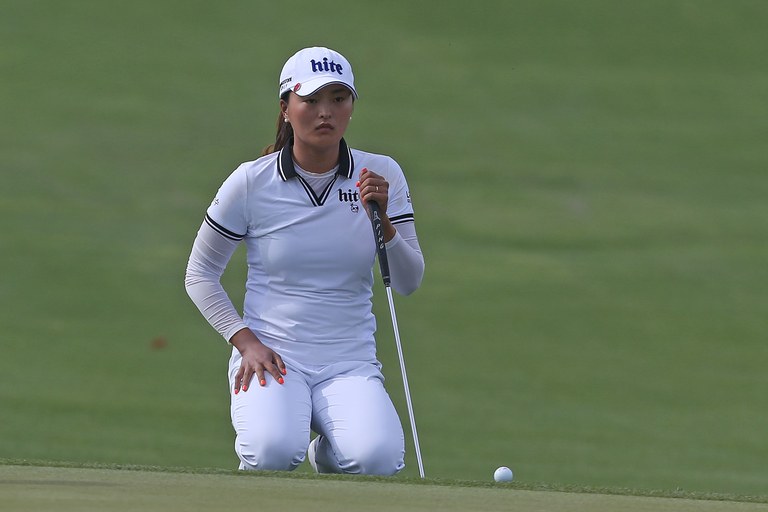 A missed three-footer ended a streak that bested Tiger Woods.

On Thursday at the Portland Classic, world’s No. 1 — Jin Young Ko, went blowing by that mark.

Ko got off to a great start at the evergreen-lined Columbia Edgewater County Club.  She holed a 35-footer for eagle at the fifth hole, stuck her approach within two-feet at the sixth then got up-and-down for birdie at the par five seventh.  She was four-under for the day with a red-hot start.  She had also gone 113 holes since her last bogey.  Another par at the eighth made it 114 straight.

At the ninth hole she stood over a not-difficult three-footer for par.  Ko, who leaves the flagstick in for all her putts, missed everything and the streak came to a disappointing end.  It looked like a cinch for 115 but it was not to be.  Ko would go on to shoot 68 and after blowing the field away last week in Canada, she’s in solid contention again.

She’s four back of the co-leaders — M.J. Hur and PGA champ Hannah Green.  Both opened with eight-under par 64s.

American journey-woman Jane Park is one back along with fellow American Yealimi Noh.  Park, in her 13th year on tour, is still looking for his first victory.

As for Ko, she went bogey-free on the back nine.  She was a missed three-footer from 123 straight.