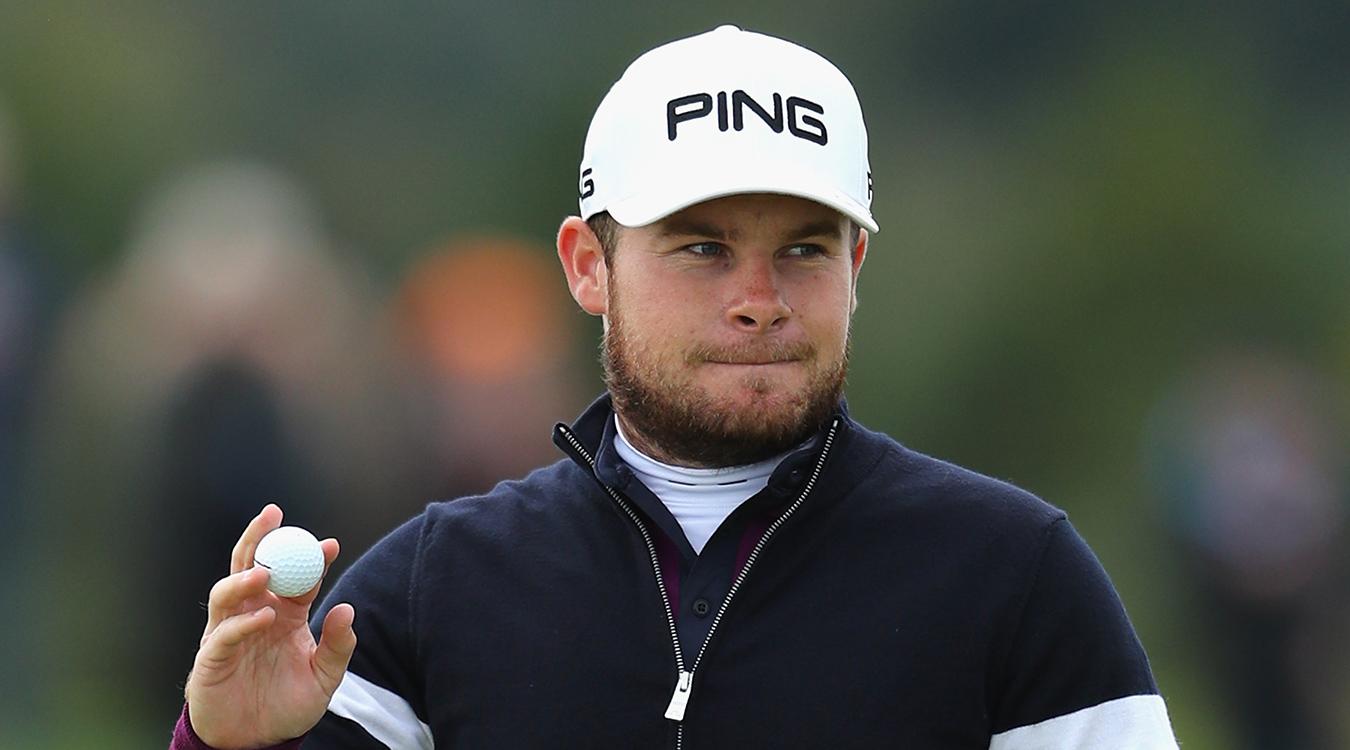 Tyrrell Hatton's birdie at the 18th gave him a two-shot lead.

Saturday at Bay Hill was best described in one word — BRUTAL.

Forget the distance dilemma, this was defensive golf on a day when the field averaged 76.

Tyrrell Hatton birdied two of his final three holes — the 16th and 18th and made a clutch par saving putt from nine feet at 17 to hold his first-ever 54-hole lead on the PGA Tour.

Hatton finished with 73 on a day when no one broke 70, first time that has happened since the final round back in 1980 when Dave Eichelberger braved 25 mile-per-hour winds and chilly temperatures to win the tournament.

Hatton is six-under, two shots better than Rory McIlroy and Marc Leishmann, both previous winners of the Arnold Palmer Invitational.  Leishmann’s even par 72 was the best score among the top eight players on the scoreboard.

Cool morning temperatures and winds blowing 15-20 miles per hour made it a survival test.

In all, only eight players remain in red numbers through 54 holes.  Sung Kang, the overnight co-leader with Hatton, signed for 78 and is one-under.