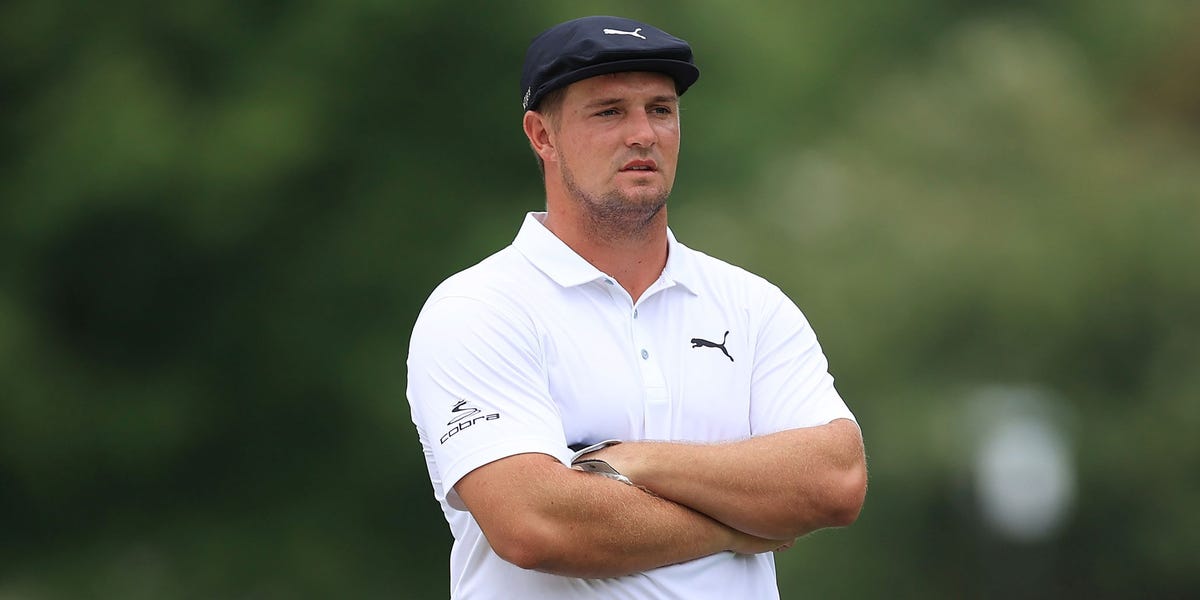 Is Bryson DeChambeau concerned about his physical longevity?

Maybe world No. 1 Scottie Scheffler summed everything up on Wednesday on the eve of the Canadian Open with this simple observation:

“I haven’t really noticed anyone missing this week, maybe outside of D.J.”

So now we hear that Bryson DeChambeau may be casting his lot with “Phil And The Pirates” as he’s contemplating showing up for the first LIV Series event on American soil when the Saudi Circus moved to Pumpkin Ridge outside Portland, July 1-3.

Seems Patrick Reed is of the same mindset and it sure wouldn’t break a lot of hearts if the old sand-swiper himself got the boot from the PGA Tour.  If/when DeChambeau tees it up in Portland, he’ll be the first relevant Tour star to jump ship.

There’s something going on with Bryson.  Perhaps that hand surgery got him thinking about the longevity of his career.  There have been observers who question the long-term ability of DeChambeau to swing as hard as he does, or used to.  At The Memorial it all looked about 60 percent and that’s understandable, given how much recovery time is needed from his particular  surgery.

Part of it all is the fact that Bryson is, indeed, a pretty smart guy but some tour insiders will tell you he’s not as smart as he thinks he is.

Bryson’s had a shaky relationship with the Tour.  One Tour source put it this way:

“It began to feel like an unwinnable situation.  It was clear that he (DeChambeau) did not feel like he had to play by anyone’s rules.”

Truth of the matter is that if Bryson doubts his own longevity, and perhaps he does, deep inside, then taking this big money grab could start to make sense.

But there’s already been fallout for DeChambeau — Rocket Mortgage has ended its relationship with him as one of the company’s brand ambassadors.

As for Reed, he’s an outlaw from the get-go.  He’s gone through a series of managers, getting rid of those who don’t tell him what he wants to hear.

Reed hasn’t been a factor at the top of a PGA Tour event for quite a while.  So far in 2022, Reed’s missed four cuts and has just one top 10 finish — a tied for seventh at Colonial.

If Reed does indeed leave for the LIV, that will end his Ryder Cup saga.  It’s pretty much where he made his reputation and perhaps he got the message last go-round when he was left out of consideration.

So when it comes to these guys, if you had to ask fellow Tour players off the record, their response would probably be:  “Hate seeing you go, but love watching you leave.”

Melgrati shot a five-under par 65 at the Halmstad Golf Club, highlighted by a back nine 30 and shared the first round lead in one of golf’s most unique events — the Scandinavian Mixed.

Ladies from the LET Tour play in the same groups with men from the DP World Tour.  Two different sets of tees but otherwise, the same setup with one prize for the winner be it male or female.

Melgrati was tied with Craig Howe of Scotland, Matthieu Pavon of France and Santiago Tarrio from Spain.

Hall of Fame star Annika Sorenstam was in the field but struggled and shot a two-over par 74.  As for Lindblad, she made the trans-Atlantic trip after the U.S. Open and had a good opening round — a three-under par 69 that had her tied for 27th.

As for the co-leader, Melgrati, she was delighted with her play.  “It is probably a result of working hard and it is paying off,” she said after her round.  “I’m just trying to focus on hitting fairways and hitting greens and then making putts. When it works it’s great, when it doesn’t you just have to go back and practice it some more.”

LPGA Tour Back At Shoprite Classic:

The LPGA Tour is back in action today (Friday) with first round action at the Shoprite Classic.