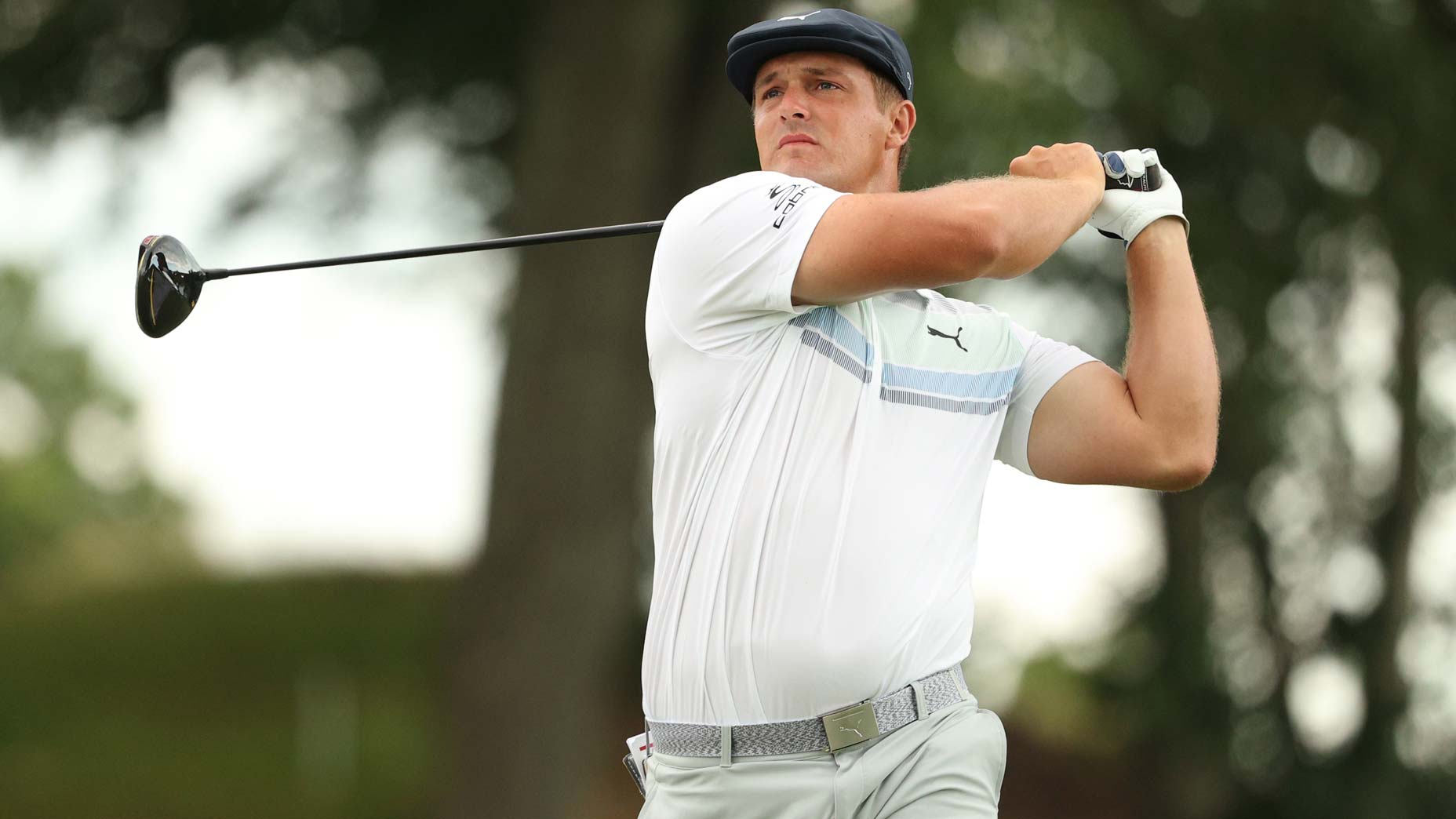 Bryson DeChambeau didn't have his "A" game and still shot 66.

Bryson DeChambeau was a bit frustrated by the classic Donald Ross course that is Detroit Country Club.  He was frustrated, for the first nine holes, anyway.

DeChambeau, who has been the most consistent player since the PGA Tour returned, was at it again Thursday during the first round of the Rocket Mortgage.  He was quiet early, only one-under over his first nine holes.

Bulked-up Bryston then made his move on the final nine with four birdies and an eagle over a eight-hole stretch. He gave a stroke back, though, with a bogey at the 18th after pushing an 8-foot putt just to the right.

“That really got me a little agitated,” DeChambeau said. “It’s going to put a little fire in my belly.”

DeChambeau was once again bombing his driver.  He was consistently past the 330-yard mark and on the 569-yard par five 14th, he hit the green in two with a nine-iron for his second shot.  He went on to make eagle there.

He was miffed by his tee shots finding the juicy rough at Detroit Country Club too often over the first nine holes.  He finished with 66, six-under, and was just a shot behind co-leaders Doc Redman, Kevin Kisner, Scott Stallings and J.J. Spaun.

After missing back-to-back cuts on the tour for the first time in four years, Rickie Fowler has been working on some subtle swing changes with new coach John Tillery.

Fowler found his groove during the first round at the Rocket Mortgage, which left the sponsors giddy as Rickie is their lead brand ambassador.

Rickie started with a birdie on his first hole and added three more over his first six holes.  He got himself within a shot of the leaders when he was standing on his ninth tee.  He hit his drive way left into the deep rough and that would set him up for a double-bogey.  He took three shots to get into the hole from just off the green.

“There was probably, I don’t know, eight inches of grass there,” Fowler explained. “I thought it was going to kind of just pop up when I hit it and it kind of came out low and left.”

Talk about just in the nick of time.  Cameron Champ was sitting at home in Houston on Wednesday when he heard about the PGA Tour’s revised COVID-19 policy.

Champ was at his home after he tested positive at The Travelers.  Last week, he had three straight negative tests.  Champ sought help and got it.  “Through the specialist that we worked with, at this point it’s clear that I never had it,” explained Champ, who was told by his doctors that he did not have the virus and that he needed to continue to be vigilant. “As far as their medical opinion, it’s pretty clear that I never had it, so that’s why I’m going about the way I am now.”

Champ learned at 5:30 p.m. on Wednesday that the Tour had changed course and would allow a player or caddie who tests positive to return to competition if they hadn’t had any symptoms and registered two negatives tests that were administered 24 hours apart. The Tour’s original protocols called for 10 days of self-isolation after a positive test.

Champ went into the old “how can I get there quickly mode?” to play at the Rocket Mortgage.  He jumped on an early flight to Detroit on Thursday and arrived at Detroit Golf Club at 12:45 p.m., less than two hours before his 2:10 p.m. tee time, the last time for the first round.

“By the time I saw a physio and I registered, I had roughly about an hour, which was good, that’s what I was hoping for,” Champ said. “I flew in here as early as I possibly could to do (COVID-19) testing.”

The rush was no  problem, Champ went out and shot 69, off to a good start with hopes to move up the leaderboard on Friday.