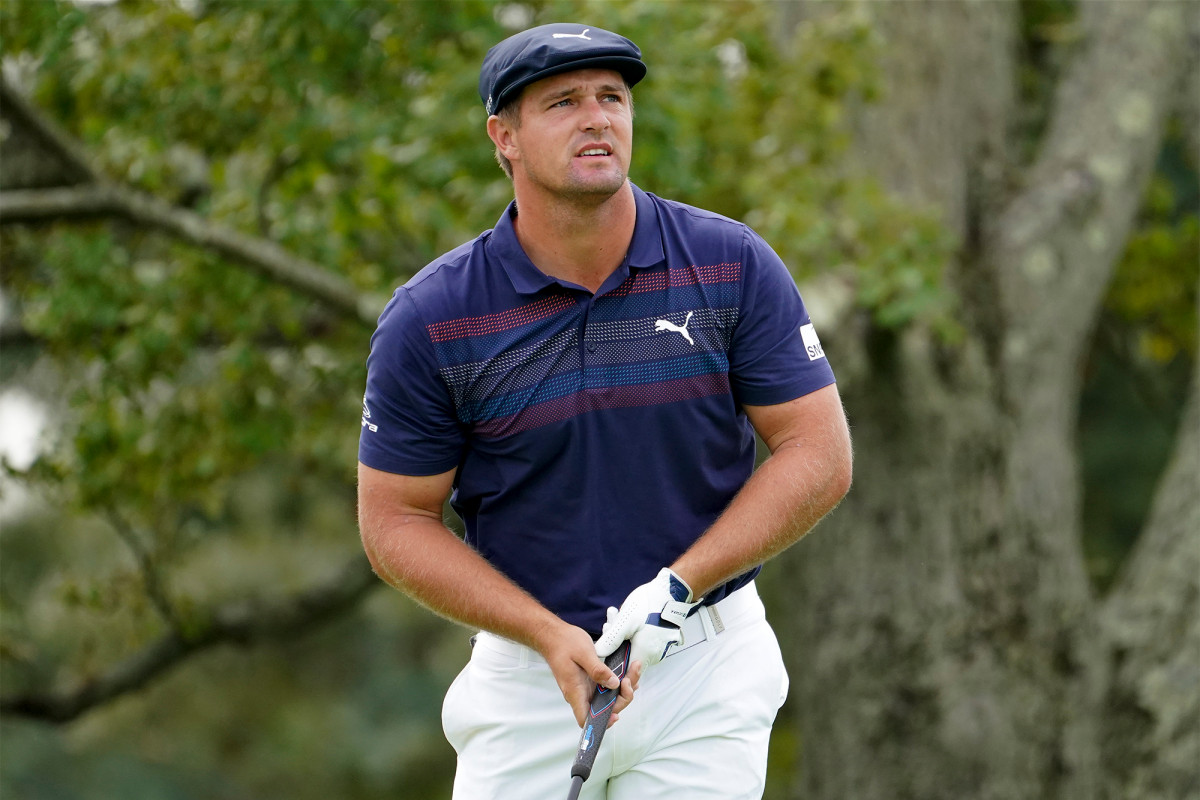 Bryson DeChambeau believes he saw something that can't be explained.

Bryson DeChambeau Has Seen UFOs From His Backyard

DeChambeau recounts how he was back home in Dallas with buddy Adam Hurley and swing instructor Chris Como hanging out in the backyard and Bryson recounted his story:

“In Dallas, in my backyard, I was looking outside, looking up in the sky and Adam was like, ‘what the heck is that?!’  We were out there thinking, ‘What the heck is this?  They were floating, we thought ‘oh, it’s got to be an air balloon.’

“They were all moving in a triangle shape,” DeChambeau said of three white objects the trio observed. “We were out there for literally just under an hour thinking, ‘What the heck is this?’  They kept floating to the right, and then all of a sudden one didn’t move and the other two moved away and they went further and further to the right —  from that, about 15 minutes in, 20 minutes in they started moving back the other way,” DeChambeau said.

DeChambeau said he, Hurley and Como watched for nearly an hour before he ran inside the house for five minutes. When he returned, what they had seen had disappeared.

“There’s either one person, like a Tony Stark individual, that is doing things that we can’t explain, which is definitely in the realm of possibilities,” DeChambeau said. “I would say the probabilities of that are less than potentially us being future time travelers that are able to come back with technology that we’ve never seen. I mean, that’s definitely a possibility, too.

“But personally, I think that it’s some other life that we don’t understand or know as of right now.  I personally don’t think it is other technology that we currently in this dimension understand. Maybe a parallel universe, somebody flipping over and jumping through a wormhole or something and showing us what we got.

“I think more and more people want to know about this and what it could potentially do for our world,” he concluded. “I mean, shoot, if anything it could bring us world peace, really honestly bring us all together, unite us together and just realize that we are a human race. I think it’d be the greatest thing that could ever happen.”

But, as it turns out, Bryson didn’t consider the fact — what if they’re not friendly?

The European Open has been chopped to 54-holes, thanks to Germany’s decision to place the UK on its travel “Red List.”

That decision meant almost a third of the scheduled 156-player field, along with a same number of players’ caddies and a significant number of European Tour Productions and European Tour staff, would have been unable to enter Germany without observing a mandatory quarantine period if they had not been outside the UK for a minimum of 10 days.

The European Tour has decided to move the starting day back 48-hours to Saturday and cut the event from 72 to 54-holes with a Monday finish. That allowed participants to spend that required time outside of the UK before crossing the border into Germany.

Paul Casey heads the field.  He won in 2019 and last year’s event was cancelled.  Abraham Ancer is in the field along with Henrik Stenson and Martin Kaymer.

Setting this week is the Green Eagle Golf Club outside Hamburg.