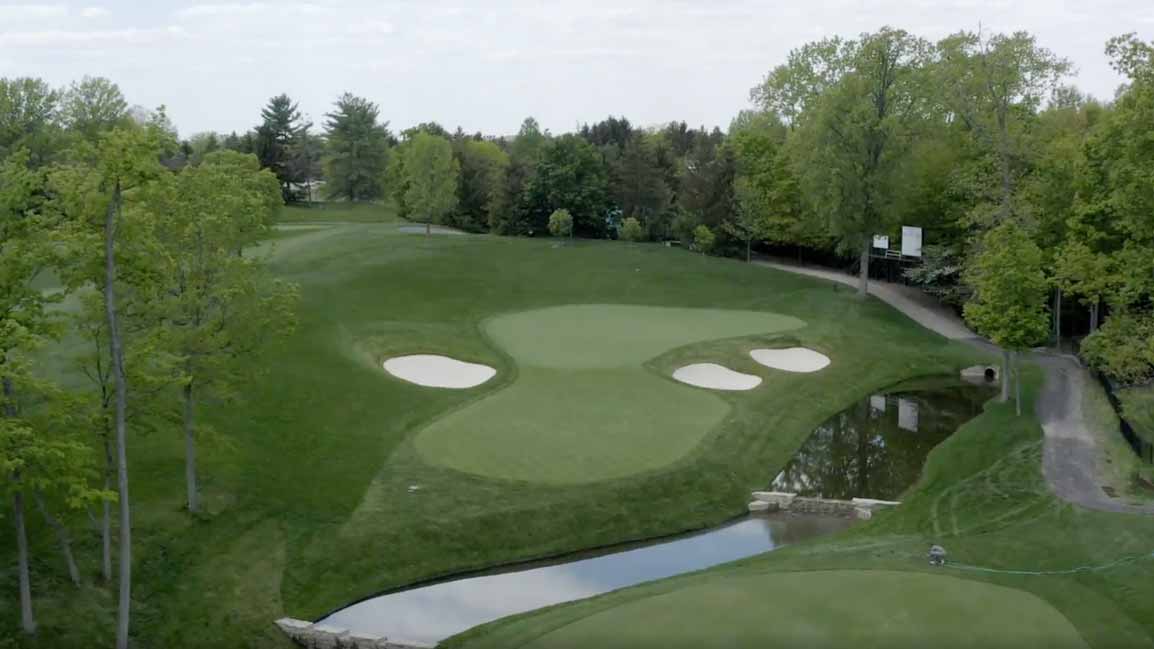 The par five 15th at Muirfield Village has a completely different look.

The land that is today Muirfield Village Golf Club outside Columbus, was once a tract of land where Jack Nicklaus went hunting with his late father, Charlie.

Jack eventually bought that property and built a world-class facility that opened back in 1974 and this week, he will unveil his latest and final renovation of his course as the PGA Tour begins play Thursday at the 2021 Memorial.

This was, technically, the second formal renovation of the now-famous course.  But along the way, Jack has been known to regularly make alterations to his baby.

This facelift began on the back nine in 2019 and shifted to the front nine after Jon Rahm’s victory last year.

“My legacy really is here,” said the 81-year-old Nicklaus.  “This is what the world sees on television. This is what the players see.  This is set up for people to come here, to see it and play.”

One big structural change included the installation of a sub-air system around the entire course.  All but two holes had design updates.  The course now plays only 163 yards longer, tipping out at just short of 7,400 yards.  All 18 greens were torn up and the bent grass/poa annua hybrid grass was replaced by bent and every green now has more area for additional pin placements.

For the membership, Nicklaus says his team examined each tee box to ensure the course maintained consistent strategic themes and challenges from each set of tees. As a result, the forward tee boxes are nearly 250 yards shorter.

Nicklaus and his team worked to create a course that is simultaneously more playable for its everyday membership and more challenging for Tour players. The fairways are now wider in landing areas for amateurs, more narrow in places where the bombs fly the golf ball.

Jack’s renovation will be tested by a nice field that includes seven of the world’s top 10 as this will be the final tune-up for many players prior to the U.S. Open at Torrey Pines in two weeks.

Last year’s event saw Rahm take an eight-shot lead into the final nine holes.  He won, barely and he was given a two-shot penalty at the par three 15th when close-up cameras showed his ball moved as he addressed it for his second shot, a lob from high grass behind the green.

This year, it’s wide open as everyone is seeing the changes for the first time.