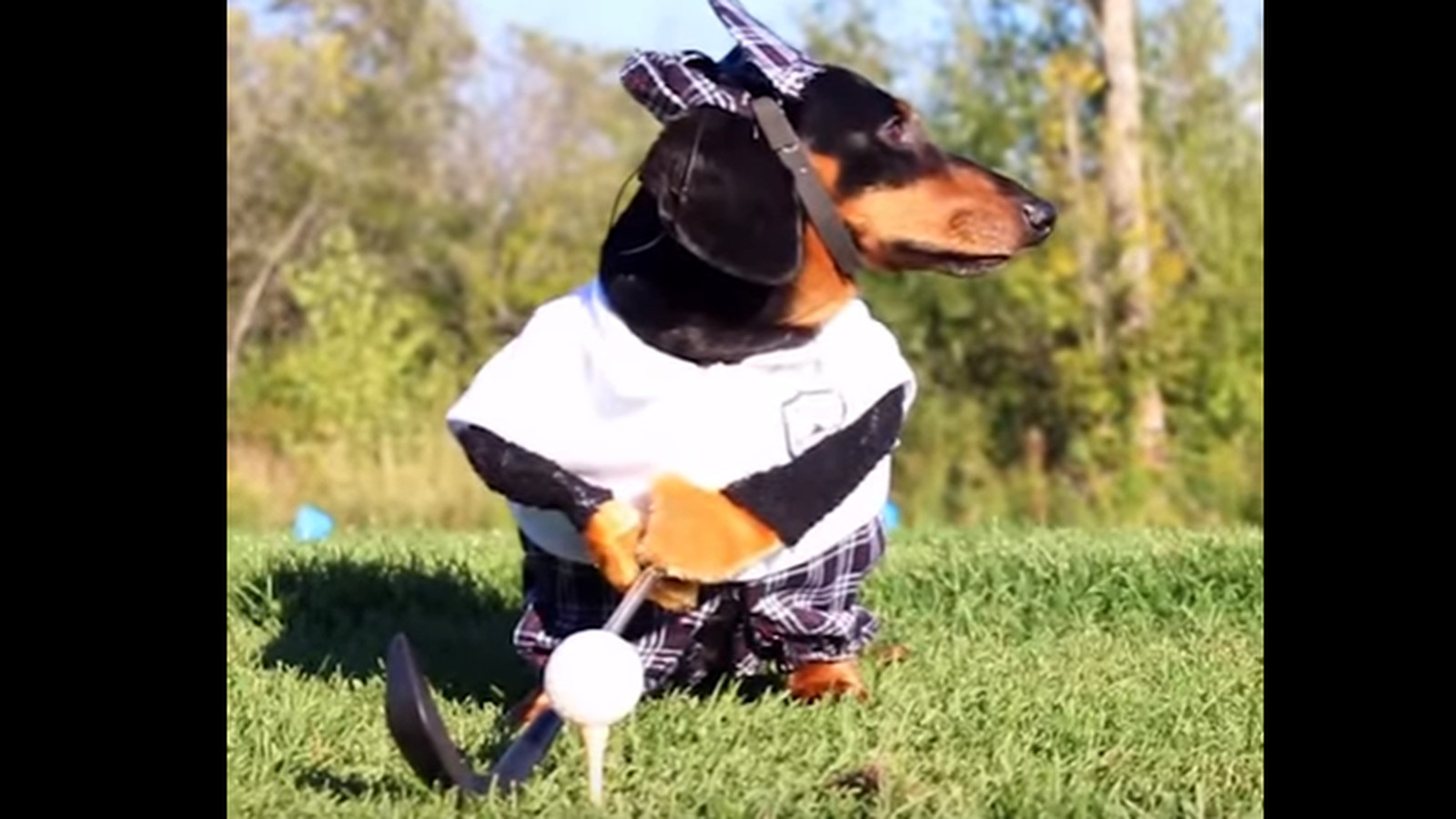 Posted By: Tom Edringtonon: July 19, 2021In: In The Doghouse4 Comments

Bryson DeChambeau made it pretty clear what he felt about his driver on Saturday at the Open Championship when he bluntly declared:  “MY DRIVER SUCKS!”

That didn’t sit too well with the folks at Cobra-Puma who labor away trying to keep the Mad Scientist happy.  He got chewed out by the Cobra tour rep who compared Bryson to a child telling his parents:  “I hate you” in a hissy-fit.

Bryson came out all apologetic after that but the damage was done — Brooks Koepka got yet another shot in at Bryson.  Koepka, wrapped up his Saturday interview saying:  “I LOVE MY DRIVER.”

DeChambeau didn’t get the hang of Royal St. George’s until Sunday when everyone was going low with perfect conditions and not a stitch of wind.  He shot 65 and tied for 33rd while Brooks had his own 65 and tied for sixth.

Once again, Bryson is in our Dog House, where he can sit and complain all day to the dogs although the dogs specified that Bryson needs to bring treats for them if they’re going to sit around and listen to him bitch all day.