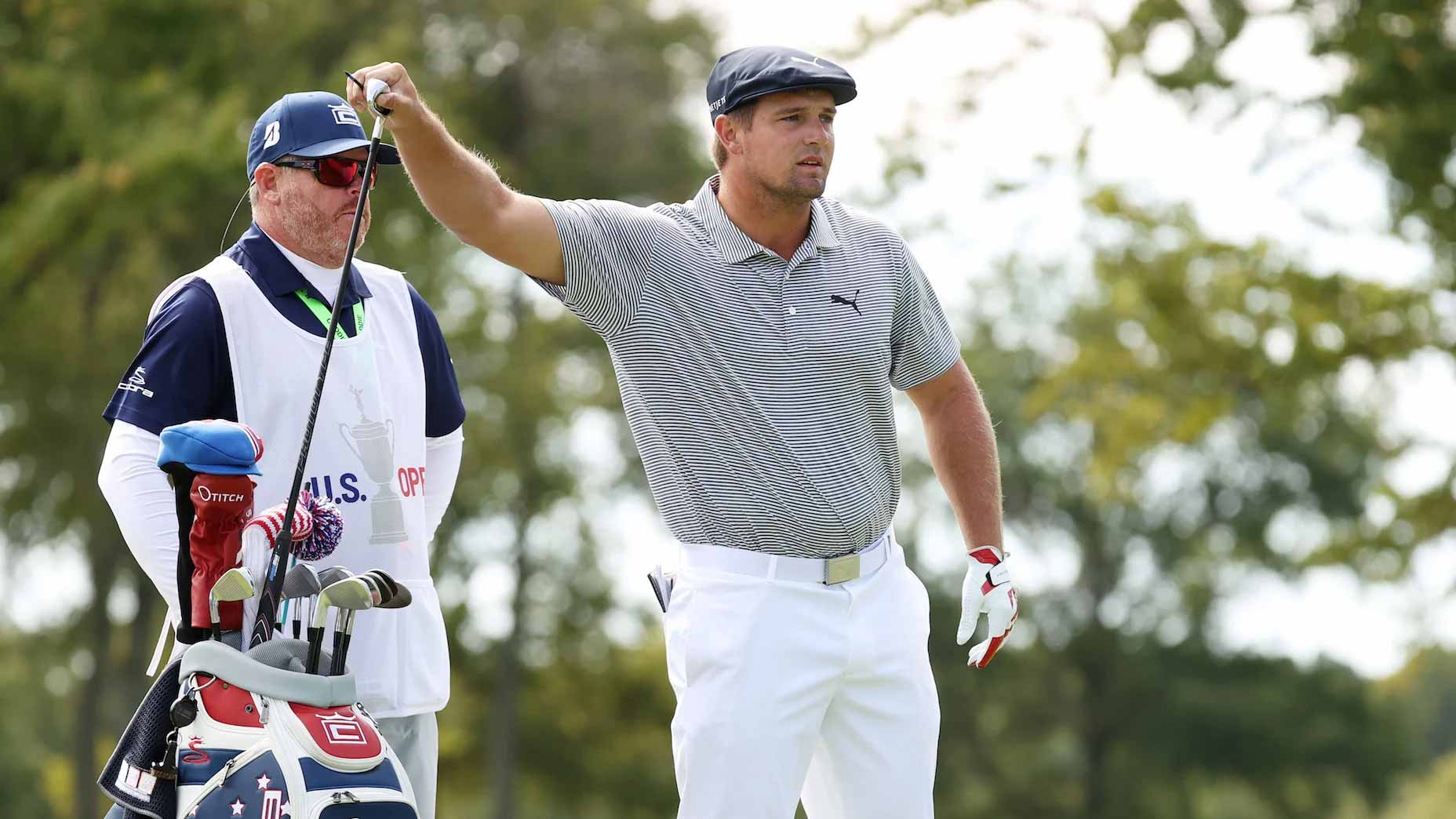 There's no telling where Bryson DeChambeau will drive the ball at Augusta National.

What’s next for Bryson DeChambeau?

How about a November date at Augusta National Golf Club?

Bryson, the Mad Scientist of the PGA Tour now has another, fancier moniker — 2020 U.S. Open Champion.

Everyone is still trying to get their arms around the method and manner in which DeChambeau conquered Winged Foot.  In business, DeChambeau would be called “a disrupter.”  In golf, well, he’s no less than a total “game changer.”

From the day he added 30 pounds to his frame and decided to basically try and pound courses into submission, there’s been skepticism at every turn.  But after going six-under at Winged Foot, DeChambeau has turned his critics into believers.

“I gotta keep figuring out enough variables,” DeChambeau said late after his win.  ” Unconventional? That’s my whole life.”  Looking back, when he decided to play with all his irons the same length, even his father was a doubter.  Bryson recalled that his dad told him: “No that’s not going to work..”

After contending at the PGA, DeChambeau crossed the major championship threshold at the toughest venue last week.

Now the Masters is on his radar and he’s already tinkering with a possible switch to a 48-inch shaft in his driver to hit it even farther.  He’s not afraid to make equipment tweaks.  He made one before the final round at Winged Foot.  Bryson carries two drivers and four spare driver heads.  The driver he used the first three rounds had loft of 5.5 degrees and that’s stunning for purists as it’s less than the six-degrees loft on his putter.

After total dissatisfaction with his driving performance on Saturday, he was on the range after dark when everyone else was gone.  He made the decision to switch to his other driver — the one with just 5.25 degrees of loft.  Right decision.

With no spectators on site, the televison mics picked up DeChambeau going through his calculations before each approach shot.  Now we know why he’s slow — those take time.  All variables are considered, which follows his quote about “gotta keep figuring out enough variables.”

Which brings us to the ultimate “variables” course — Augusta National Golf Club.

Imagine the advantage he’ll have at The Masters.  He can blow it over the huge bunkers to the right at the first and probably have a flip wedge in.  If he draws it around the corner at two, the downhill par five, he might have nine-iron or wedge in there.  He can reach the short par four third with a three-wood or long iron.

The par fives might play as simple par fours for him.  Reaching eight is no problem.  If he can drive it over the corner on 13, he might have wedge in there and same at 15 — big fairway, straightaway hole.

With little to no rough on the golf course, it seems almost indefensible against his power.  You’d think the greens might give him fits but that was before seeing the way he took on the Winged Foot complexes.

Most of the par fours won’t challenge him.

Perhaps only the par threes could be troublesome.

So if you’re Augusta National Chairman Fred Ridley, you’ve got to be wondering if there’s any way to “Bryson-Proof” the golf course?

The way it looks now, that seems futile at best.

But give DeChambeau credit.  He’s out-worked everyone on the PGA Tour and he’s now risen to fifth in the world.

So what’s next?  Well, Bryson has a simple answer for that: