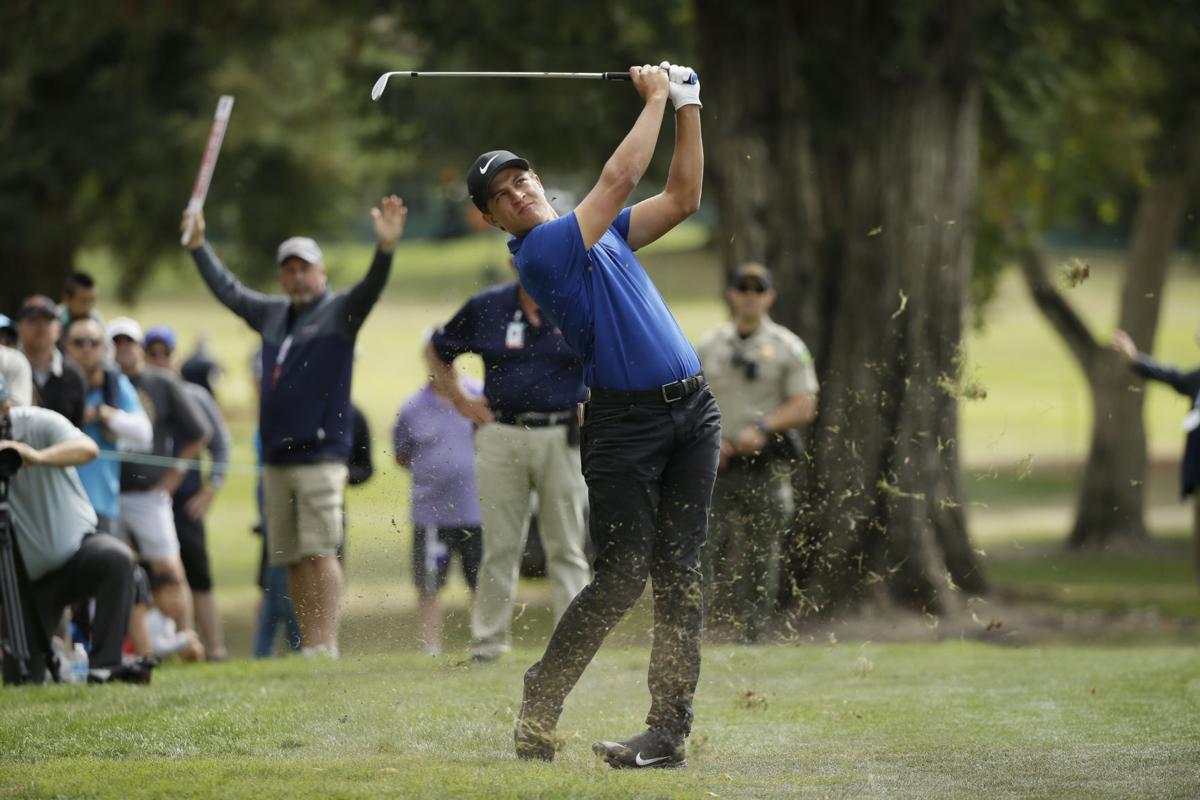 Cameron Champ played with a purpose and won The Safeway.

Cameron Champ was supposed to be the next big thing on the PGA Tour.

He won a year ago at Sanderson Farms and he was supposed to rise like a meteor.

Golf and life tripped him up but he found a new reason to win again this week at The Safeway.

Champ’s grandfather Mack, the man who introduced him to the game, is looking at the end of his life.  He’s suffering from terminal, stage four stomach cancer.  Champ wanted to win this week for him, wanted to win badly.

For three days, it looked pretty easy for Champ, he held a comfortable lead going into the final 18 holes and that lead grew to as many as five shots after Champ got off to a quick start Sunday, using just four putts over his first four holes.  By the turn, he was three-under and at 17-under, had things under control.  But they didn’t stay that way.

After seven straight pars, Champ suffered a bogey at the 17th and Adam Hadwin’s birdie-birdie-birdie finish got him to 16-under, tied with Champ.

Champ’s task was simple — win with birdie at the par five 18th.

He started with one of his massively long drives — 369 yards, center of the fairway.  From 197 out, he launched what he thought was a perfect eight-iron but it came up just short.  He pitched to just inside four feet then calmly holed the winning putt, sending his father into tears.  Champ embraced his caddie for what seemed like more than a minute then he soaked it all in, tears flowed from his eyes when the meaning of the moment caught up to him.

“It doesn’t matter if I win one more time or 10 more times, this will be the greatest moment of my golfing career,” Champ said afterward.  “it just means everything.  Going through this opened my mind to a lot of things.  It’s been tough.”

Champ was surrounded by family and friends after his closing 69 gave him the winning 17-under total, a shot better than Hadwin.

It was his second PGA Tour win, and to him, his most important.

His plans were simple — head back to Sacramento to be with his grandfather.