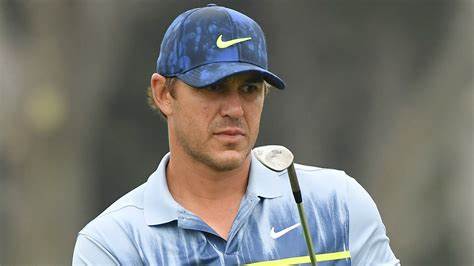 Brooks Koepka was a consultant in the renovation of Memorial Park.

The PGA Tour season is just about done for 2021, this week’s stop in Houston raises an intriguing question — can Brooks Koepka actually play better on a course where he “consulted” in the re-design?

Noted golf architect Tom Doak handled the renovation of Houston muni Memorial Park and it is the site of this week’s version of the Houston Open — an event that used to be played the week before the Masters.

Overall, it’s a pretty unspectacular field this week — no one from the top 10 in the world rankings and basically Koepka’s the second-highest ranked player in the field behind No. 12 Tony Finau.  It’s been a pretty ugly fall for Koepka and you wonder if this is the same guy who sat by his poolside a few months ago and basically told Golf Digest that he’d win more majors than Tiger Woods and perhaps run down the 18 owned by Jack Nicklaus.

Koepka has a T67 at the Shriners, a T38 at the CJ Cup and last week, suffered the embarrassment of missing the cut down in Mexico.  Nice work, Brooksie.

This new Memorial Park layout plays to a par 70 and the scouting report says it’s a second-shot golf course.

Of course the one name that keeps being thrown out there when the Tour is in Texas is good old Scottie Scheffler, the player everyone tells us is going to win sooner than later.  In the meantime, Scheffler has become adept at getting in the hunt then not pushing through to the winner’s circle.  Still, at No. 21, he’s pretty highly regarded.

Viktor Hovland won last week in Mayakoba and jumped into the world’s top 10 for the first time.  Viktor is taking the week off.  He’s probably getting ready to compete in Dubai next week at the DP World Tour Championship, which is now a $10 million event and DP World has stepped up and will now be the name in 2022 of what is still at this moment — the European Tour.

One player who hasn’t competed since the Ryder Cup is Bryson DeChambeau.  He’s got a day-after Thanksgiving date with Koepka in an odd 12-hole match in Vegas.  The way Koepka’s been playing, DeChambeau probably thinks he doesn’t need a tune-up event.

Which brings us back to Houston.

There are still familiar names — Patrick Reed, Tyrrell Hatton, Shane Lowry and Matthew Wolff, who held the 36-hole lead at Mayakoba thanks to a first-round 61.  Wolff was obviously correct in his hesitation to say his game is fully back in form as he faded on the weekend.

So hello Houston.  Just two events before the Tour calls it a year.

The Champions Tour ends its 2021 season this week in Phoenix at the Phoenix Country Club.

Phil Mickelson is in the field as only the top 35 players on the points list made it to this Charles Schwab Cup Championship.

The race for the cup is to be determined.  Bernhard Langer leads the points standings but Jim Furyk is close behind but with more than 600,000 points to be had, Langer winning another Schwab Cup is anything but a given.

Langer and Furyk are only two of the four players who can win the Schwab Cup.  The other two are Miguel Angel Jimenz and Ernie Els.

Here are the scenarios for each of the four winning it all:

Second (solo) and Furyk does not win.

Second through sixth and Furyk, Jimenez & Els do not win

Langer has a mathematical chance to win the Schwab Cup if he finishes T35 (last place) if Furyk finishes in a three-way tie for third or worse and Jimenez and Els do not win.

Has a reasonable chance of winning with a T-3 finish.

Can finish as low as a T-3 and have a mathematical chance of winning.

Can finish solo 2nd and win the Charles Schwab Cup if Langer finishes 3-way T8 or worse and Jimenez and Els do not win.